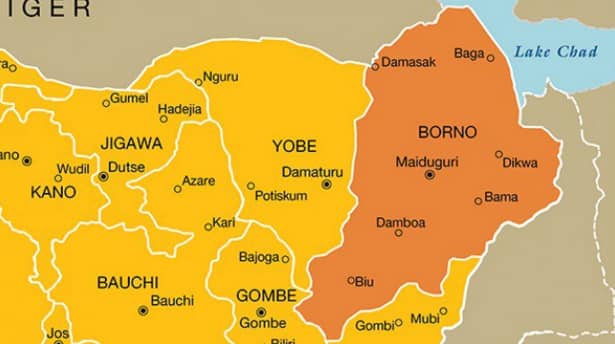 In the thick of the horse-trading and cabal power games heralding the regime-change transition politics, it is now inevitable that the routine schedules of governance, including the trumpeted focus on the interest of the people, will fade into the background of the attention of the political leaders.

The democratic deficit that turned the trademark practice of voting into a abominable recipe for “disunity” on the altar of consensus at the APC national convention is a pointer to the unfolding drift from destined directions.

While the politics of governance will continue to dominate the thought and attention of power-seeking politicians, even at the risk of things threatening to fall apart, the burden of sustaining the nation, against all odds, must be borne by security agencies, whose agenda supersedes the partisan and clannish motivations of politicians to access power. The constitutional subordination of the latter to the authority of the former, despite the proven hazards of such an arrangement and the exigency of remedial review, remains a disturbing dilemma confronting the battles against insecurity.

Even as the politicians pre-occupy themselves with the imminent transition of power in 2023, the need for unwavering attention and proactive initiatives on combating the scourge of insecurity, particularly on the insurgency and terrorism front, cannot be over-emphasized.

At the recent conference for the North Eastern States held in Maiduguri, the Chairman, Babagana Bulama, who is also Director DSS in Adamawa State, revealed that the Department of State Services (DSS) has intelligence on members of the Islamic State West Africa Province (ISWAP) training suicide bombers to carry out deadly attacks on security agencies and vulnerable communities.

He added that elements of the Islamic State in the Greater Sahara (ISGS) in the Lake Chad area who fled Mali following increased military pressure from Russian mercenaries have entered Nigeria’s territory to support ISWAP terrorist activities.

Forewarned by sheer proactive intelligence operations, the DSS has demonstrated its distinctive capability in the nation’s security architecture and there is room for optimism that the intended objective of creating zonal forum for exchange and consolidation of operational intelligence and strategies shall continue to manifest for the benefit of the nation. However, the implications of such exposure of the imminent escalation of insurgency and terrorism must override the distractions of electioneering in the national interest.

It is pertinent to point out that the veracity of the DSS intelligence on ISWAP training suicide bombers to carry out deadly attacks on security agencies and vulnerable communities is manifest in recent news reports. In the latest incident, the Operation Hadin Kai JTF in the North East on March 22 on routine checks at the Maimalari Cantonment gate arrested Sergeant Thaddeus Habila Abraham with various arms, ammunition and materials for making Improvised Explosive Devices(IED) in his travelling bag on his way to Kaduna without a valid pass.

Incidentally, Kaduna State has witnessed a new wave of bombings including an explosion, which occurred at Hayin Danmani community in Igabi local government area of Kaduna State and left at least two people injured after an Improvised Explosive Device (IED) planted on a motorcycle in the area exploded.

Police anti-bomb squad disabled a second device found at the scene.  A month earlier, suspected terrorists planted a bomb at a hotel located in Kabala West area also of Igabi local government area. Commissioner for Internal Security and Home Affairs, Samuel Aruwan, has warned residents to be vigilant in view of reports of terrorists plans to plant IEDs at schools, markets and worship places.

Another aspect of the DSS North East Zonal Conference briefing that is not only ominous but also raises an issue of concern is the revelation that elements of the Islamic State in the Greater Sahara (ISGS) in the Lake Chad area who fled Mali following increased military pressure from Russian mercenaries have entered Nigeria’s territory to support ISWAP terrorist activities.

This report validates the long-held belief that there is infiltration of foreign fighters in the escalation of insecurity and insurgency in the affected northern states with reference to the collapse of the Libyan state and the dispersal of various armed militia into of the ranks of other terrorist groups in central and West Africa.

This is an indication of the impact of the mercenaries on the terrorists’ activities after the military regime there sent the French troops who have been in Mali for years without any significant progress in defeating the terrorists packing.  Considering the similarly potent intervention of South African Executive Outcomes group in pushing Boko Haram insurgents out of Borno State and back to the fringes of Lake Chad in league with Nigerian troops to facilitate smooth conduct of 2015 general elections, it is worth reviewing the option of renewing their partnership, as endorsed by the Borno Governor Zullum.

It would be a very welcome development if the 2023 transition of political power could translate into a glorious termination of the seemingly unwinnable war against insurgency and all forms of violent crimes currently haunting the country with heavy toll in lives and economic adversity.

For this to be achieved, there needs to be a radical review of the battle plans and war policy focused on maximizing the demonstrable gains of innovative strategies and bold initiatives of the ever vigilant, willing and able defense and security agencies as the DSS has deployed in the context of inter-agency collaboration to restore lasting peace and security. Without eternal vigilance and robust defense, democracy is doomed.

2023: Abdullahi Adamu’s thrust and trust in the turn of Tinubu to turn the…