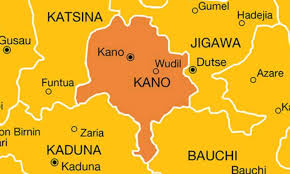 Kano state chapter chairman of the Forum Dr Goni Faruk Umar gave the warning on Sunday during an interactive session with gubernatorial candidates for 2023 elections in Kano to reduce the already rising tensions.

A statement issued by Nasiru Yusuf Ibrahim, Assistant Publicity Secretary, Arewa Consultative Forum (ACF), on Monday said the essence of the interactive session is to discuss with the candidates what they intend to do when they are elected.

“Part of what we have told them is that we would like them to state that when they win election, they will not interfere with the allocations of the various local governments we have,’’ the statement said.

“We asked them to lead by example and make sure none of their children or those of their commissioners go abroad for education, they should ensure that they attend public schools in order to know the problems of the education sector and solve them.

“We do not expect any governor, his deputy or commissioners to go abroad for treatment. They should ensure that they improve the health sector so that everybody can get access to good healthcare.

The forum also made case for the Almajiris and victims of drug abuse, where it demanded for a genuine plans from the candidates on how to resolve the problems.

The chairman of the session Kamilu Fagge, said they are worried by recent political events in Kano.

“As elders who are shouldered whether we like or not with the responsibilities of ensuring peace, we cannot fold our arms and allow the unfortunate happenings in the political circle in Kano,” he revealed.

Fagge hinted that they are bringing in the gubernatorial candidates to commit them to peaceful resolutions of conduct devoid of rancour and violence.

The NNPP deputy gubernatorial running mate, Comrade Aminu Abdussalam, said they never rejected signing a peace accord, but they laid down some requests that authorities must take proactive measures against anybody violating the rules.

“We cannot sign any peace accord when clearly some people are allowed to misbehave and continue to cause tension among Kano citizens, we can only commit ourselves where we see things are done rightly without prejudice to the laws,” he said.

The Kano political atmosphere is getting heated as the NNPP and ruling APC seem to be at loggerheads.

Just recently, the State Chairman of the APC, Abdullahi Abbas was on tape saying he would not stop and that they (APC) must win the 2023 elections by hook or crook.

The candidates have submitted their blueprint to ACF executives after signing peace accord assuring their commitment to peaceful electioneering.

The engagement is expected to continue next week with governorship candidate of All Progressive Candidate (APC) and deputy governor of Kano state Nasiru Gawuna.