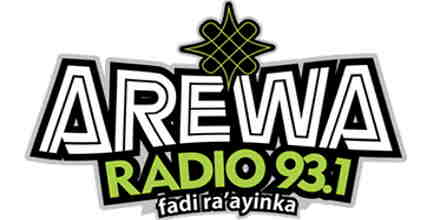 A Kano based radio station, Arewa Radio 93.1FM on Saturday conducted its maiden edition of 11km road race tagged “Marathon for Peace”, which aimed to promote peace as well as engaging the overwhelming youth population of the state.

Solacebase reports that the long distance road race, which kicked off at the Kano Emir’s Palace, Kofar Kudu, and completed at the New Campus of Bayero University Kano had over 300 participants, all hoping to win the over 1 million naira cash prices.

At the price presentation that was suspended till Monday, due to security reasons, as a result of the overwhelming crowd at the Bayero University Stadium, the winner will receive a cheque of N500,000, while the first runner up gets N300,000 and N200,000 will go to the second runner up, as well as other consolation prizes.

Speaking to Solacebase on Saturday, coordinator of the event, Binta Abdullahi Fulani, who also doubles as the corporate Liaison Officer of the Kano based radio station, explained that the road race was organized to promote peace through the meaningful engagement of the teaming youth population in the state.

She said, “organizing events like this will go a long way in giving the youth in the state a sense of belonging as well as encouraging them to go after their dreams”. 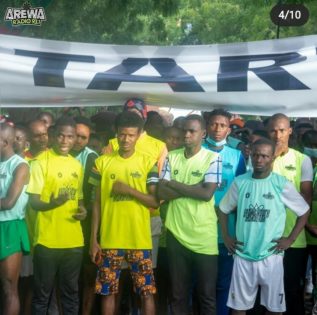 The On Air Personality added that, “considering the economic reality of the country at the moment, it became imperative to give back to the community that is supporting and sticking with us from the very beginning till date, and I will like to reiterate our commitment towards the consistent execution of programs and events capable of directly impacting the lives of the residents.

Though, a few glitches were recorded here and there, the maiden edition of the Arewa Radio 11km race was successful to a very large extent, Fulani added, just as she mentioned that the management is committed to making it an annual event.

“Today, we’ve seen our strengths and weakness, we’ve listened to complaints about how to improve on this last outing and I can assure you that the subsequent editions will be bigger and better”.

Read Also:24 Hours after, trace of missing NAF fighter jet yet to be found

This she said, will be done with the hope that, Kano state will through this initiative, start breeding professional athletes capable of representing the state and perhaps the country at the international scene.

Speaking on behalf of the management, the programs manager of Arewa radio, Shehu Bala Mohammad Kabara, thanked all the sponsors, as well as every other person and organization that contributed to successful execution of the sporting event.

Participants of the race were drawn from the 44 Local Government Areas of the state, who are within the age range of 18 to 30 years.

Also at the event, the emir of Kano, Alhaji Aminu Ado Bayero, who was represented by the Dangoruban Kano, Alhaji Abubakar Sule Gaya commended Arewa Radio for the thoughtful initiative, calling on other corporate organizations to imbibe the act of giving back to their host communities.

2023 Poll: Over 60 percent of electoral materials delivered to Kano-INEC REC

Prev Next
17 Comments
Leave A Reply