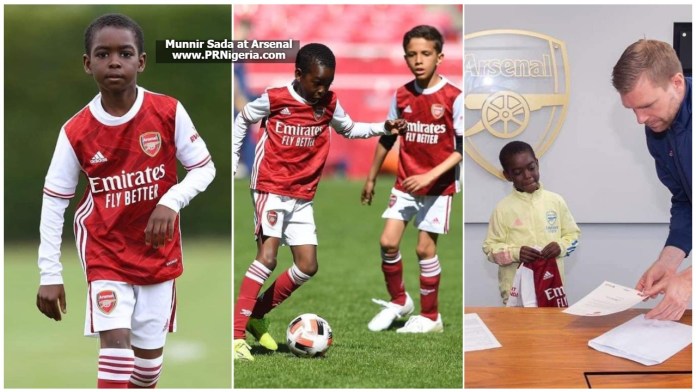 A nine-year-old Nigerian boy, Munnir Muhammed Sada is reported to have signed a deal with one of English football club giants, Arsenal.

Munnir’s mother, PRNigeria gathered, hails from Katsina, while his father is an indigene of Zaria town, in Kaduna State.

Solacebase gathered that the signing of Munnir does not entail any monetary issue but rather an opportunity for him to train with young stars twice or thrice a week under the tutelage of the team.

The young soccer sensation is the first northern Nigerian footballer to put pen to paper for the Gunners, as the illustrious English Premiership club is fondly called.