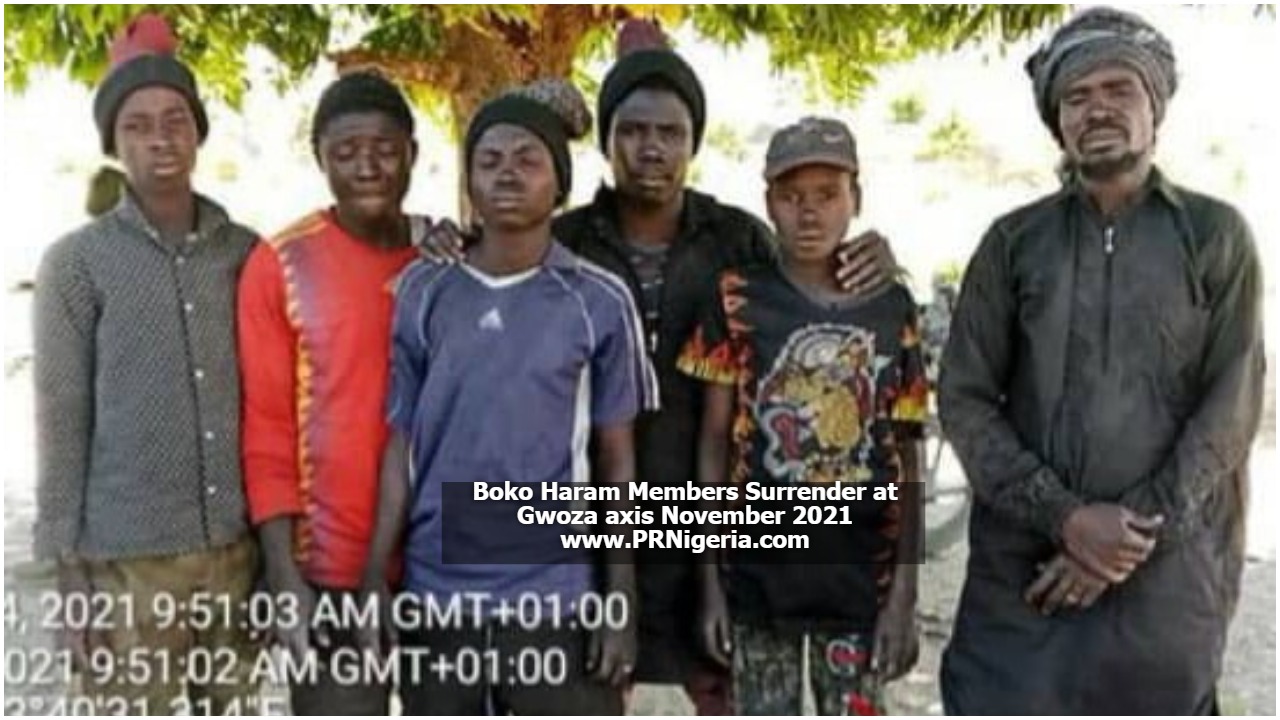 More Boko Haram terrorists have surrendered on Wednesday morning at Gwoza as Nigerian troops battle ISWAP terrorists in Malam Fatori in the evening.

Despite ISWAP’s move to stop the move, Commanders of Boko Haram and their members have surrendered with their weapons to the troops in Gwoza axis.

A military intelligence operative told PRNigeria that more former Boko Haram members are expected to surrender before the end of the year.

“Some former Boko Haram Commanders and their members escaped from the Jaje area of Sambisa forest and voluntarily surrendered to Operation Hadin Kai troops of 192 Battalion deployed at Gwoza-Limankara road in Borno State.

“Most of them were forcefully conscripted into the terror group against their will while they were very young.

“So far more than 17,000 members of Boko Haram have surrendered despite all efforts of ISWAP to stop the process,” the officer said.

Malam Fatori is one of the strongholds of the ISWAP Terrorists and allegedly hosts their Shura Council. It sits near the border with Niger Republic.

The clearance exercise was organised by Borno Governor Babagana Zulum,

in preparation for the return and resettlement of over 50,000 households who fled from Abadam and took refuge in Bosso, Niger Republic.

Nigeria: The bitterness and brouhaha over a bukum buharinomics- Bala Ibrahim