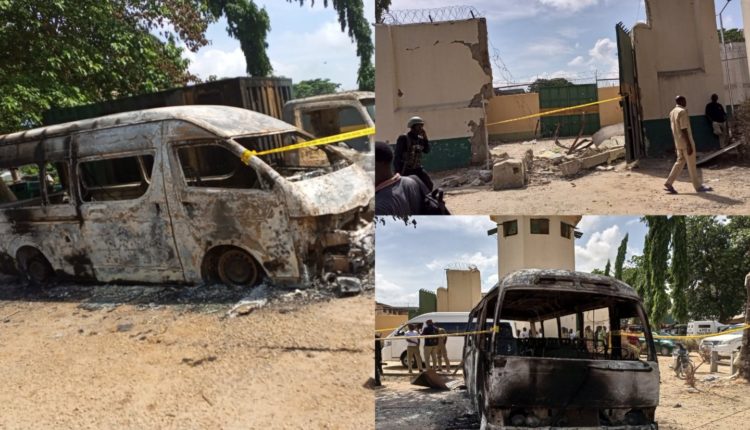 Four informants suspected to be leaking information to terrorists about troops’ locations and movements around the outskirts of Abuja have been arrested..

The criminals are already in the custody of a security agency.

An intelligence operative told our PRNigeria  that the suspects were arrested with sophisticated equipment including Walkie-Talkies, revolver, knives, amulets, and old Chinese made phones, that do not use data.

The source, who was part of the raid that led to the arrest of the informants, said discreet investigations are ongoing to confirm their leaders and financiers.

Activities of the terrorist-collaborators were responsible for the recent attacks around the vicinity of the Federal Capital Territory, FCT, the source added.

“The suspects are currently being interrogated to determine if they are working for terrorist groups or armed bandits or other elements with ulterior motives.

“I can authoritatively inform you that, while  the military has deliberately refused to provide updates since the attack on Kuje Prison, to last attacks on troops at the Bwari and Zuma Rock axis, the joint security task force has so far killed more than 70 armed criminals, including dangerous Kuje prison escapees and terrorists,” the source added

Meanwhile, PRNigeria gathered that the Defence Intelligence Agency (DIA) is coordinating a discreet intelligence operation that is providing new clues and traces of groups behind recent attacks on security personnel and formations.

Is President Buhari a liberator or mistaken messiah? Adamu Aminu