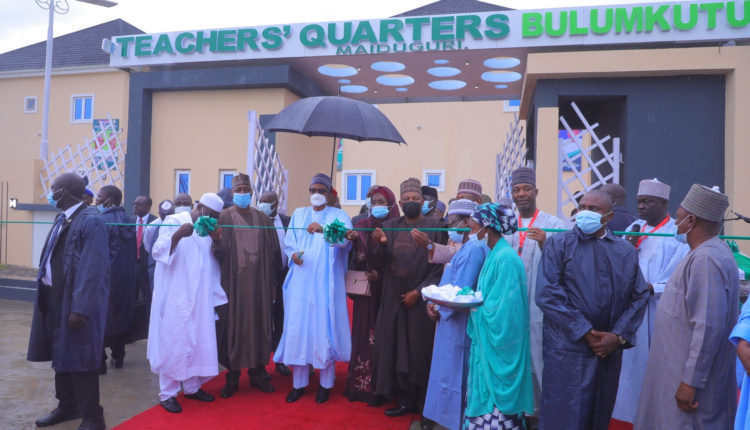 President Muhammadu Buhari on Thursday in Maiduguri, commissioned a newly built quarters for teachers by the administration of Governor Babagana Umara Zulum.

Solacebase reports that the quarters, which is one of over 600 capital projects delivered by Zulum, is sited in Bulumkutu, along airport road.

‘’The quarters aside dozens of houses built by the Zulum administration at premises of secondary schools across the State is to increase teachers’ access to housing, ‘’the statement said. 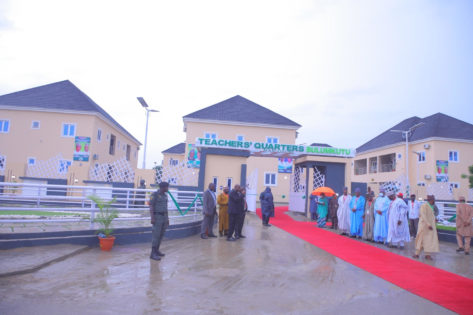 ‘’The President who visited the Shehu of Borno, Abubakar Ibn Umar Garbai Al-Amin El Kanemi, is in Maiduguri to commemorate the 2022 World Humanitarian Day organized by the Federal Ministry of Humanitarian Affairs, Disaster Management and Social Development. ‘’ 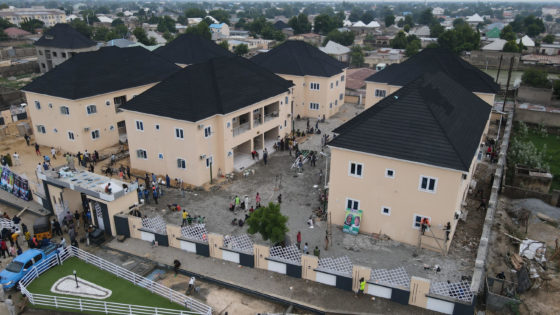 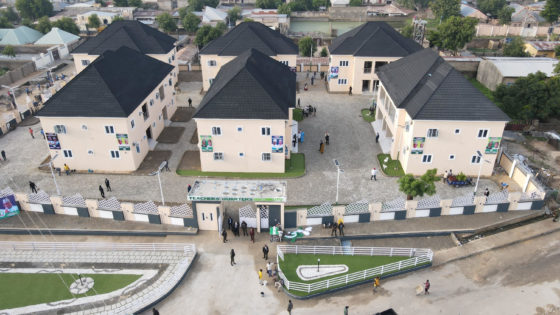 ‘’Buhari is expected to unveil a special food distribution to families displaced by the Boko Haram insurgency, while he will also commission 500 resettlement homes for IDPs built by the FG in Molai, an outskirt of Maiduguri.’’