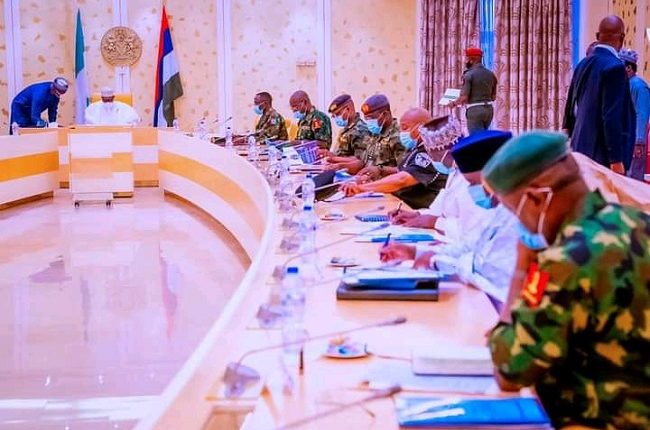 Before the commencement of the meeting, President Buhari decorated his Aide De Camp (ADC), Lt Col Yusuf Mukhtar Dodo, with his new rank of Colonel.