He said LASEMA officials are already at the scene of the incident and have begun an exercise in a bid to rescue any victim trapped under the rubble.

A yet-to-be-identified person and a child have been rescued from the rubble of the collapsed building.

“Two people who were trapped inside the building have been rescued and treated. However, we were informed that two females that are occupants of the building are still missing.” 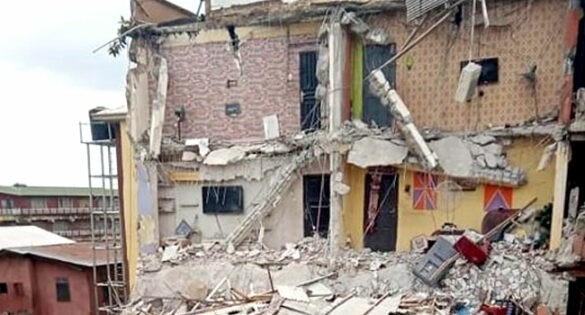 ‘Suspend me if you can’- Wike dares PDP