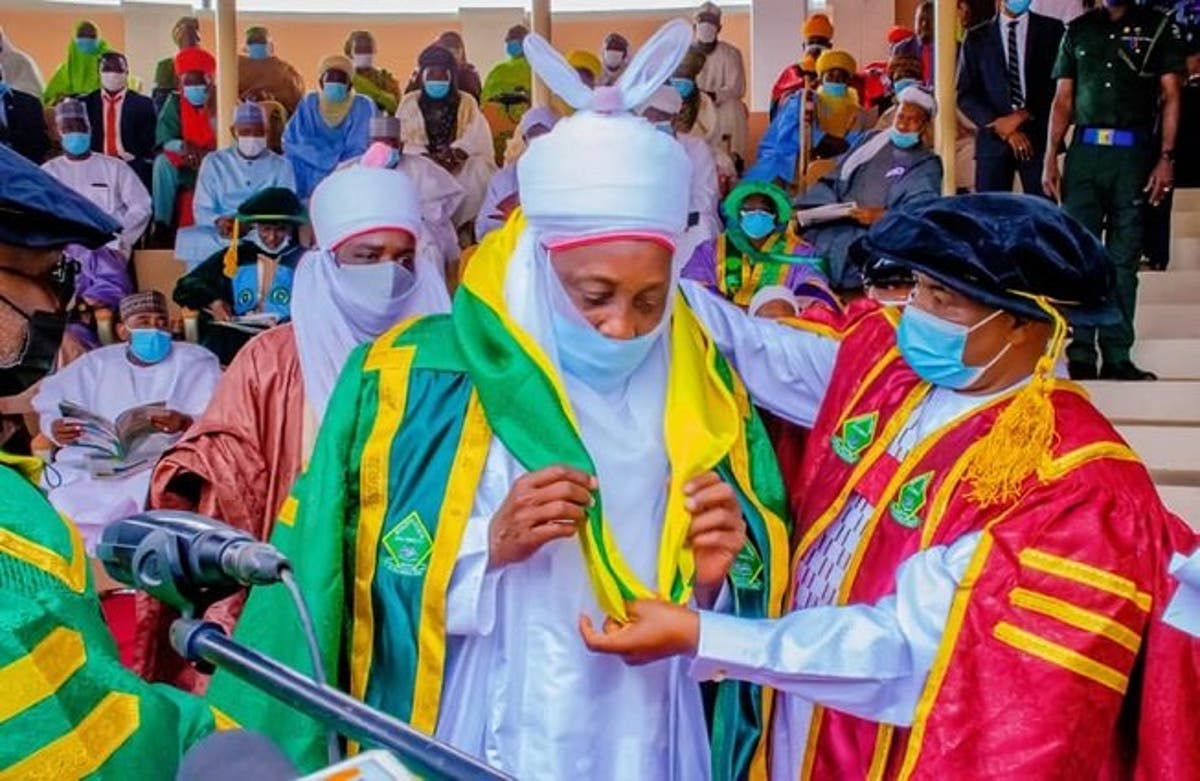 The Emir of Dutse, Alhaji Nuhu Muhammad Sanusi has been installed as the Chancellor of Sokoto State University by Governor Aminu Waziri Tambuwal.

Alhaji Nuhu Muhammad Sanusi was installed on Saturday at the combined convocation ceremony of the university in Sokoto where the Senate building and library were named after late Alhaji Umaru Ali Shinkafi and late Inuwa Abdulkadir, both former Pro-Chancellors of the institution.

In a remark at the event, Gov.Tambuwal reiterated that education remains the fulcrum upon which any meaningful development could be achieved particularly in this age of enlightenment when knowledge remains the driver of socio-political, technological and economic development.

He said it is this central role of education in development that motivated his administration to accord it a top priority in budgetary provisions of not less than 26 per cent annually.

‘’In 2016, a whopping 29% budgetary allocation was made to the sector, above the UNESCO global benchmark,’’ Tambuwal said.

It is the reason the government declared the State of Emergency, funded through an education levy upon my assumption of office.’’

Governor Tambuwal said both the handsome budgetary allocation and the declaration of emergency in the sector have greatly assisted in turning around its fortune as in 2016 a model Government Secondary School was constructed at Balle in Gudu local government area. Hitherto, the area was the only one without a Senior Secondary School in the country.

He said the Agency has sponsored the training of the first batch of 250 female teachers at the Shehu Shagari College of Education Sokoto, in addition to the recruitment of teachers and establishment of Girls Secondary Schools in various parts of the state, part of which are the Model Government Girls Science Academy in Kasarawa and similar Girls Secondary Schools intended to provide equal access to education for women in the state.

He added that the ongoing construction of the State University Teaching Hospital and allocation of a building to the University at General Murtala Muhammad Specialist Hospital is meant to facilitate the successful take-off of the College of Medical Sciences in the institution.

Prev Next
56 Comments
Leave A Reply