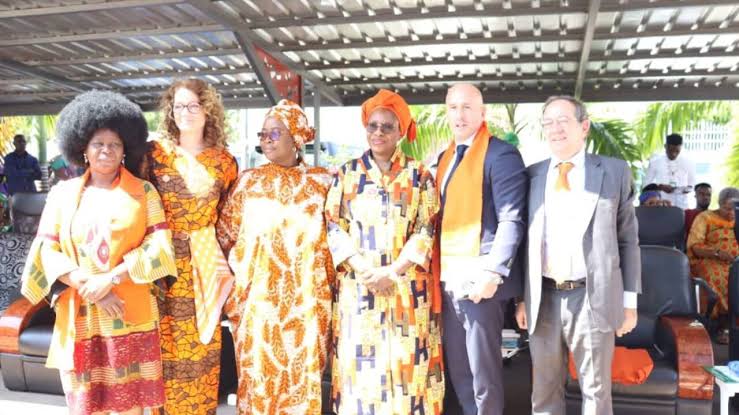 Minister of Women Affairs, Pauline Tallen, has flagged off activities to mark the ‘16 days of activism’ against gender-based violence in Nigeria.

According to a statement on Friday, Tallen said insurgency and recent flooding have increased gender-based violence in the country.

The ’16 days of activism’ campaign is an annual international movement aimed at addressing issues of violence against women and girls.

The campaign commences annually on November 25 and will run for 16 days until December 10, when the United Nations celebrates ‘Human Rights Day’.

“Today marks the beginning of the 16 days of activism against gender-based violence. Nigeria joins the global community to flag off activities to commemorate 2022 with the theme: ‘Unite! Activism to End Violence against Women and Girls’,” Tallen said.

“The 2022 theme builds on our collective responsibilities to end gender-based violence in the country either as media partners, policymakers, individuals, development partners, civil society organisations, lawmakers, even as young women and men.”

“Excellencies, distinguished ladies and gentlemen, I will be championing as the honourable minister of women affairs as we prepare for the transition to a new administration come 2023.”

“Available statistics revealed that in Nigeria, 30 percent of girls and women aged between 15 and 49 are reported to have experienced sexual abuse. Insurgency, protracted conflicts, new trends in kidnapping and the recent flood which swept across the country have only served to worsen the occurrence of GBV.”

“Harmful practices such as child marriage are prevalent in Nigeria, with 43 percent of girls married before the age of 18; while 20 percent of women aged 15 to 49 have undergone FGM.”

The minister commenced the event with one-minute silence for persons who have died as a result of violence.

“As the minister of women affairs, my joy knows no bounds that in my time, we have recorded another feat as the UN General Assembly has just approved a resolution establishing November 18 as a day to spotlight the sexual exploitation and abuse of children,” she added.

“The day will also be used to stress the need for prevention, for perpetrators to be brought to justice, and for victims to be given a voice as part of the long process of healing.”

“The resolution, which was sponsored by Sierra Leone and Nigeria and co-sponsored by more than 110 countries, was adopted by consensus and a bang of the gavel by the assembly’s acting president, which was greeted with loud applause.”

“As we on-board more states onto the national situation room and dashboard on gender-based violence, I am sure that the number of prosecuted cases will greatly improve as we are witnessing that the lack of survivor-sensitive approaches in court procedures, and delay in all stages of proceedings are gradually changing and more states are setting up special courts to speed up the justice system.”

“We are also happy to note the emergence of more sexual assault referral centres.”

“However, I want to appeal to our development partners to support the acquisition of more forensic machines to make it easy to carry out tests of rape cases in the country, as the existing ones can only be accessed in Adamawa and Lagos states. More safe spaces are needed to cater for the need of GBV victims.”

She commended all partners for their support, adding that the ministry will continue to encourage implementation of policies for better protection of the vulnerable.