He ,however,  did not mention his next political party. He stated that his supporters across the State will be joining him in leaving the APC to build a harmonious Adamawa.

The former governor said, he dumped APC due to a lack of genuine reconciliation of stakeholders within the party. 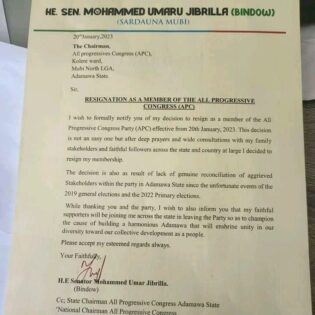