Gunmen kill DPO, others in Niger 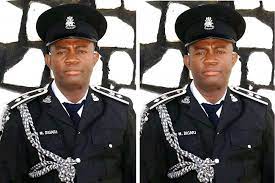 The Police Command in Niger says gunmen killed a divisional police officer and others in Magama Local Government Area of the state on Tuesday.

The state Commissioner of Police, Mr Bala Kuryas, told the News Agency of Nigeria (NAN) in  Minna that the gunmen attacked the police station, killing other two officers, apart from the divisional police officer.

He said further that the gunmen later went to Nasco, the headquarters of the local government on motorcycles, killing other three police officers and four vigilantes.

He said further that a detachment of police tactical squad and the military personnel had been deployed to the area to track the criminals.

“We appeal to residents in the state to assist the security personnel deployed to the area with reliable information that could help in apprehending the criminals.

“We are all out to deal with any person or group of people undermining the peaceful atmosphere of our state,” he warned.(NAN)

JUST IN: Emir of Ilorin appoints new Balogun of Alanamu

Prev Next
20 Comments
Leave A Reply