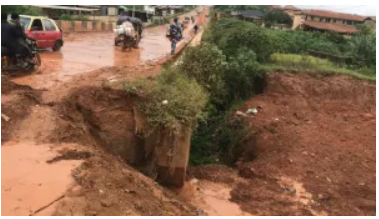 No fewer than 6,205 persons died in road accidents in 2021 as the country recorded 13,027 road crashes, according to Nigeria’s National Bureau of Statistics (NBS). One of the many roads on which these accidents occur regularly is the Olomi-Ayegun-Olojuoro-Ijebu Igbo road in Oyo State.

A contract for the construction of this road was facilitated by the former member of the House of Representatives representing Oluyole Federal constituency, Olusumbo Samson Olugbemi in 2018.

DC Engineering Limited got the contract. The company was registered in 2009 and it is owned by the Elemuren of Emuren in Ogun State, Oba Adesegun Bolaji Alowonle. 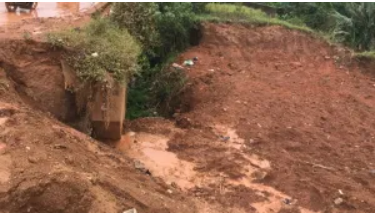 Despite receiving 814,285,714 million in three tranches between 2018 and 2019 from the Federal Ministry of Works and Housing, MAP NEWS found that the road remains far from being fully rehabilitated.

Since 2018, the contract continues to get new budgetary allocation with the total amount budgeted over the years totaling one billion naira.

State of the Road

Traveling on the road from Olorunkemi, Olomi, Ibadan, Olunde, Ayegun, Olojuoro and Olode, Map News observed that less than 5 kilometers of the road has been constructed which covers Olorunkemi to Fatusi bridge along Ayegun road. This was confirmed by the Site Engineer Mr. Saheed Ishola.

The reporter noticed that a portion of the tarred part of the road, which according to some residents of the area was constructed in 2019 has deteriorated such that even motorcyclists struggle to maneuver the unmotorable road. The affected portion includes Iyana Agric junction through Iyana Sheu to Feranjesu and some areas of Olomi/Olunde community road.

The tarred portion of the road stops at the Fatusi River area where one of the two bridges has collapsed, thereby posing threats to the lives of the road users.

The Chairman of Iyonu Oluwa Onigari communities of Ayegun/Olomi, Mr. Ajadi Alara said the road has been a major source of pain to the community.

“This road is very bad,” he said. “There is no other way to put it than to say it is terrible. We have been at it since 2011, we have over forty communities here. When we realized how bad this road has become, we all came together to contribute money to fix the road.”

The former Chairman of Ateji community, Ayegun in Ibadan, Mr. Moruf Oladimeji said the poor condition of the road coupled with unfavorable weather conditions has caused the residents and business owners in the area a lot of pain.

“About three months ago, a pregnant woman got involved in an accident on her way to the hospital. She fell inside the Fatusi River and eventually died,” Mr. Oladimeji said. “

Another resident of Olode community, Mr. Yisau Alani told MAP NEWS that transporting his farm produce to the market has been a herculean task over the years, noting that the experience is even more devastating when he transports perishable goods like tomatoes.

“When you spend several months cultivating, planting and doing everything but by the time you harvest, you cannot make profit on your farm produce simply because the road is bad. Our vehicles end up breaking down on the road with goods inside them,” Mr. Alani said.

In a 2021 report by Premium Times, the member of the House of Representatives representing Oluyole Federal constituency, Tolulope Akande Sadipe expressed disappointment over the pace of work on the road, noting that the contractor, DC Engineering Limited, was doing a poor job.

Tolulope, who is seeking reelection to the House of Representatives inspected the road in August 2022 and held a town hall meeting with members of the Olomi/Ayegun communities and the Public Complaint Commission.

At the meeting, she again condemned the work done by DC Engineering Limited, noting that even though funds were being allocated and approved for the construction of the road annually since 2018, the company had failed to do the job it was contracted to do.

The representative of DC Engineering Limited, Mr. Saheed Ishola blamed inflation for the lack of progress on the road construction.

The Federal Ministry of Works and Housing did not respond to requests for comment.

This investigation was supported by Civic Media Lab

For many refugee children in Niger State’s conflict-torn communities, basic…