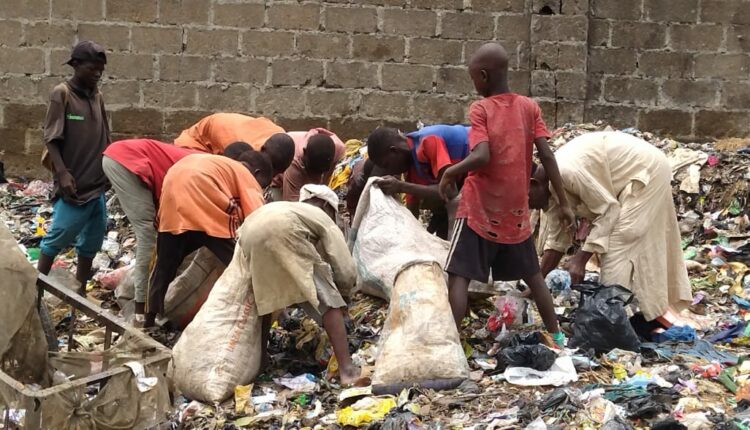 In Kano, the government has made education accessible to children for years through its free education program and feeding of the children, at the primary level, in order to attract the children, and parents to enrol their wards into the school for the betterment of the society, the effort only yield a few result as the report of the statistics always showed.

Kano for the last 5 years has been ranked 1st or occupying the top 3 position of the out-of-school children in the country from the data annually published by the national and  international organizations, like National Bureau of Statistics (NBS), The United Nations International Children’s Education Fund (UNICEF), United Nations Educational, Scientific and Cultural Organization (UNESCO) among others.

Though Kano state government curve the figures, through effortful programs, from 1,306,106 (of the released data in 2015) to 410,873 in 2019 but still the 2020 statistics of the out-of-school children was so alarming when released by National Bureau of Statistics (NBS) in its report on women and men which showed quarter of the Nigeria’s 40.8m school-age children in the country were not attending primary education.

While in 2021, after COVID-19, Kano State government implemented Back-to-school campaign, in collaboration with UNICEF and Global Partnership for Education (GPE), aimed at persuading parents and children that, it was safer for children to return to school after the pandemic. But yet the result of the campaign was also not encouraging when Kano again hitting more than 1million figure, according to the global humanitarian agency, Kano topped all states in the country with the number of out-of-school children. 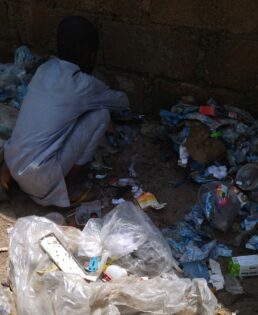 UNICEF’s Education Specialist, Mutaka Muktar, in a fact sheet presented at a virtual meeting on Alternate Pathways and Future of Almajiri Children in Kano, organised by the UNICEF, said Kano ranked highest in the population of out of school children in the country, last year.

Of recent, according to the state ministry of education’s record for 2022, Kano is again among the top 3 that recorded the highest number of out-of-school children in the country with 837,479, occupying the third position while Katsina is in second with 837,633 all trailing Bauchi in first position with 1,239,759 out-of-school children, the highest number recorded than any state in recent time.

With this, SOLACEBASE investigates why Kano state mostly tops the list of out-of-school children in states, our reporter discovered that scavenging is, among others, the factor pushing children out-of-school.

Though in some states the factors are attributed to the issue of insecurity, banditry and kidnapping, but in Kano the factor is different as the state happens to be one of the safest state in the country presently.

SOLACEBASE observed that scavenging contributes immensely in pushing Kano’s children out-of-school. While some children blamed economic hardship in the country as the causative agent, others just drop out of school because of the little amount they earn from the trade.

At Jakara market, Dala local government area, SOLACEBASE reporter met a large number of out-of-school children, all less than 14 years, in an hour when their age-mate are in school receiving lessons.

Read Also: How Kano govt claimed spending on epidemic preparedness, investment across PHCs failed to save lives during cholera outbreak

Speaking to some of the teenagers on why they abandoned school and ventured into this scavenging at such early ages. They simply said “we never see a four walls of a classroom and we are not ready to go to school,” they said. “what we earn here is ok for us.”

“Even if the government promise to give us the materials to go to school it is a lie,” said Musa Ali and his company of out-of-school group.’’

When our reporter visited Dakata, ‘Kwalema’ dumpsite, Nasarawa local government area more than 20 of these school-age children are ‘permanently’ there using their bare hands to pick waste  in order to sell and make money.

While others among them are soliciting for fund and the materials needed to improve the business, so that they could still go to school.

“I know school is important but honestly what this business gives me is ok.

“I earn not less than one thousand in a day and I use that to cater for my need and my grandmother,” Abdullahi Baba aged 13, said.

Muhammad Abdul’aziz, 14, made it bold saying he never attended any school and he is not willing to because, according to him, whenever he completes his  education, he will still need to look for a job.

”I think it is only important to go to school after which one can have chance to secure a job. So, I am satisfied here. I don’t need to go to school,” said Abdul’aziz.

In Brigade area, also in Nasarawa local government area,  Abbas Muhammad, Abdulkarim Musa and  Bilal Auwal are some of the school age children SOLACEBASE spoke with embarking on scavenging. They are children of not more than 12 year of ages but are willing to go back school.

According to them, they only dropped out from school to raise money so as to buy reading materials and only find scavenging as the easier and quicker business to earn money from so that they can achieve their educational dreams.

“My uniform is worn out and I don’t have books. My father is not around that is Why I am into this scavenging to get money and buy this materials,” said Abbas Muhammad.

According to Bilal Auwal “if someone can buy school materials for me I am willing to go back to school. I was attending primary school before I dropped out.”

The Security of the state hang in the balance expert.

Many security experts are of the opinions that the increasing number of out of school children are time bomb waiting to explode.

Speaking to SOLACEBASE Dr. Mukhtar Nura Bichi, from the department of criminology at the Bayero University Kano, explained the looming danger ahead if appropriate measures are not taken and if the numbers of these out-of-school children continue to rise.

Bichi warned that the peace in any state hang in the balance in situations like this and urged the government and parents to double their effort to ensure that appropriate measures are taken to address this problem. 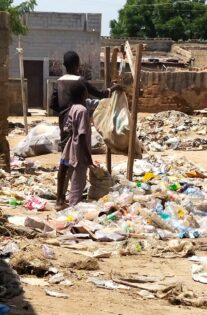 “These numbers of out-of-school children that is always on the rise is a big challenge to our state of  insecurity because other forms of criminalities would resurface to wreak havoc on the communities.

“As we all know children or the youth are the backbone of every nation. As the generation goes the children of these days in the next 20 or 30 years will become men and will be expected to be productive. No governance will be successfully run by the ignorant. Any nation where most of its populace are out-of-school ,that nation’s security and development are in danger,” Dr Mukthar said.

“If you look at the current situation of insecurity bedeviling our country, the likes of banditry and other insurgency, most of the bandits or insurgents when arrested through their confessions you will understand that they are typical ignorants. They lack both western and Islamic education. So, going to school has a serious impact on our children. It helps to always keep them at bay and have them trained with a good conducts agreed by the society. In respect to that you will hardly find them engaged in any criminal activities. Such children if, for instance, are provided with weapons to attack people they will never use it in any way because they are educated,” he added.

The expert also lamented that if the society can give their all in taking care of these children, by enrolling them into school, majority of these insecurity challenges could have been avoided and yet there is still chance to prevent that from happening in the future. 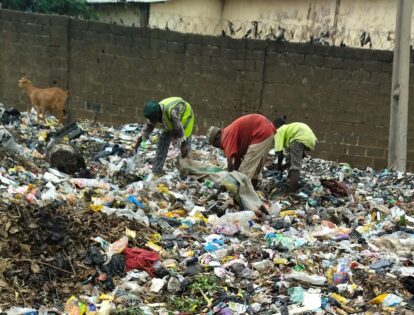 “Considering the security situation in the country, these youths that are engaged in such criminalities if were hitherto given proper education all these immoralities and insecurity challenges would have been avoided. This is because these out-of-school children if were enrolled to school, right from childhood, would have no time for wreaking havoc in the society. All the time they have will be preoccupied. Attending school does not only educate children but also occupy their time and keep them at bay from going to commit crime.

“There is no doubt if the majority of the population in a nation are out-of-school children, that nation has sown the seed of its destruction. That Nation is walking on a timing bomb that when it explodes there will be huge casualty,” the expert added.

In other to get reaction from Kano State Government over the increasing number of out of school children, the Chairman, Kano State Universal Board, Dr. Danlami Hayyo, promised to speak with our reporters after several that lasted more than a week.

Subsequently, several calls put to his phone line were not attended to up till the time of filling this report.

CBN has my backing to redesign naira notes – Buhari

ISWAP Commander arrested, others killed in attempt to free leaders in Niger State