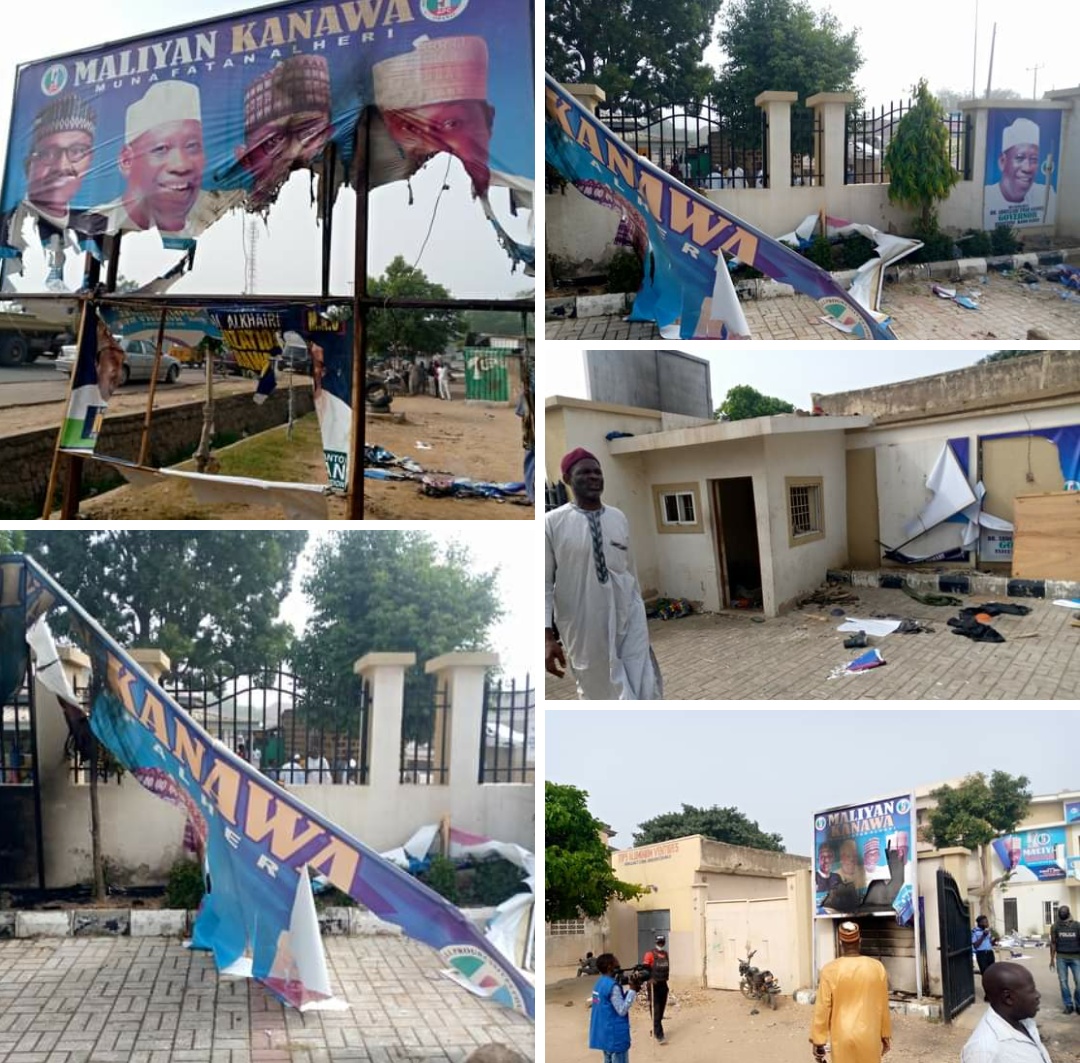 The Kano Gubernatorial Campaign Office of one the political opponent of Governor Abdullahi Ganduje, Senator Barau Jibrin, has been partly set ablaze and destroyed by suspected hoodlums on Thursday morning.

Already, politics in Kano is getting messy shortly after the declaration of an Abuja High Court annulling the elections of the Governor’s APC Leadership  congresses under Alhaji Abdullahi Abbas.

On Wednesday , official of the Bureau of Lands locked up the office of the Lawyer of a House of Representatives member Shaaban Ibrahim Sharada, Barrister Ibrahim Jimoh SAN who secured victory against the State in the APC Congresses crises in the Abuja court.

They accused the owners of the six story building housing Barrister Ibrahim Jimoh SAN of not settling over N3bn tenement rate, a reason why they said they padlocked the place.

However, the Senator Barau Jibrin Gubernatorial Campaign Office situated around Maiduguri Road owned by a former Minister of Labour and Productivity, Alhaji Musa Gwadabe was set on fire early today by suspected hoodlum.

Non partisan residents of Kano are already panicking that the state would now be thrown back to political hooliganism where lives and properties are no longer safe.

Prev Next
49 Comments
Leave A Reply