Kannywood film star Nafisa Abdullahi has said that she will no longer be appearing in a Hausa series showing on Arewa24 ‘Labarina’.

The actress announced this in a message posted on her Instagram page on Saturday night.

Nafisa said she enjoyed her role in the show, but said she could not keep it up for some personal reasons.

Nafisa is the main star in the popular Labarina program where she plays the role of Sumayya. 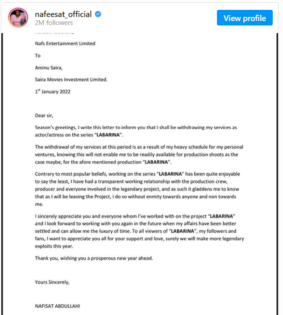 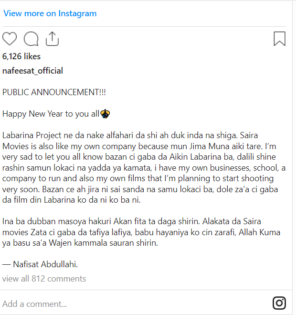 Prev Next
516 Comments
Leave A Reply