Two men from the agency were said to have arrived in a tinted blue Honda car with registration number Lagos (MUS- 402AT) the house of the suspended chairman, in Sharada area of the metropolis around 6.30pm claiming that they have come, to effect his arrest. 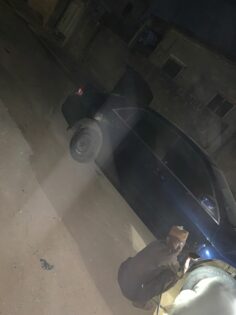 Muhuyi Magaji Rimin Gado was suspended on July 5th, 2021 initially for a month by the Kano Assembly over his rejection of an accountant posted to his agency from the office of the state Accountant General.

This followed a letter of complaint against him sent to the house by the Office of the accountant general of the state.

SOLACEBASE had reported plot to remove the chairman of the Kano State Public Complaints and Anti-Corruption Commission, PCAC, Muhuyi Rimingado, as Governor Abdullahi Ganduje allegedly mounts pressure on the State Assembly to execute the hatchet job.

Informed sources said the governor wanted the legislators to remove the state anti-corruption commission boss for poke nosing into his family’s affairs.

The crisis began early in June, 2021 when Mr Rimingado beamed his searchlight into the contracts allegedly awarded to companies linked to the governor’s family.

However, the assembly contacted the National Hospital Abuja, which denied issuing the hospital documents.

The assembly subsequently reported the matter to the police for prosecution.

The suspended chairman in his defence said the papers were issued to him by his medical doctors in Abuja and requested the police to investigate and invite the medical doctor.

Hence the matter is ongoing at a Kano Magistrate Court.

On Wednesday, sources told SOLACEBASE that the operatives who were without a warrant of arrest insisted that they were at the house of Muhuyi Rimingado on the order of the acting Chairman, Balarabe Mahmud to bring him to the commission.

One of the sources said an anti- corruption operative, a Police inspector, Aminu in the course of dragging the suspended Chairman tore his clothes and his neighbors were able to overpower the officer whom were later handed over to Sharada Police Division.

‘’How can an anti-corruption officer who claimed to be a police officer come and effect arrest around some minutes to seven in the evening when it is dark with a private car and only the two of them, the source questioned?‘’

Confirming the development to SOLACEBASE, Muhuyi Magaji said the said it was an attempted kidnapping as the said operative of the commission does not have any identity to show that he was from the anti-graft agency.

‘’There is even an existing court order that restrained the commission from arresting me,‘’ Muhuyi said.

In the court order sighted by SOLACEBASE issued by Justice Amina Adamu Aliyu of the state High Court granted an interim injunction restraining Mahmud Balarabe, his agent or any person acting on his instruction  to compel or ask the plaintiff, Muhuyi Magaji Rimingado to appear before any panel or arrest pending the hearing of the motion on notice.

The order was dated October, 27th and the matter was adjourned till November, 1st, 2022.

When contacted, acting chairman of the anti-graft agency,  Mahmud Balarabe confirmed to SOLACEBASE that the commission operatives were on a surveillance exercise and not to arrest the suspended chairman.

On the allegation of assaulting Muhuyi Magaji, the acting chairman denied the issue noting that to the best of his knowledge there was no such situation.

‘’You see when the operatives were at his residence and after introducing himself as a police officer, Muhuyi told him to leave his premises and threaten to shoot the operative‘’ Balarabe said.

‘’Muhuyi later shoot the tyres of the car of the police officer,‘’ the commission’s acting chairman alleged.