Kwankwaso commissions Institute in Kano to commemorate his 66th birthday 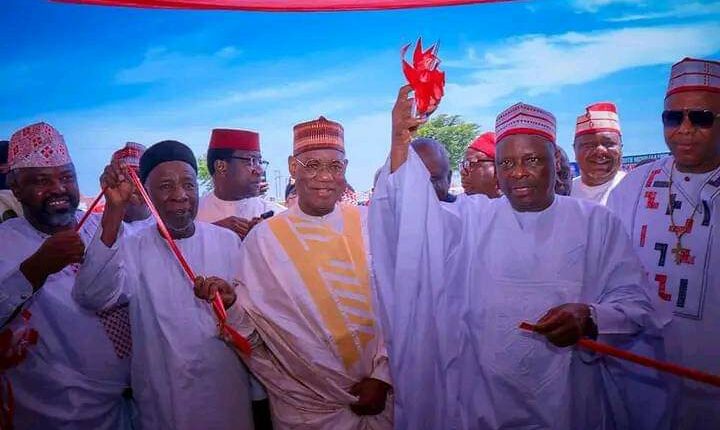 The Presidential Candidate of the New Nigeria People’s Party (NNPP), Dr Rabi’u Kwankwaso, on Saturday commissioned a leadership institute in Kano to commemorate his 66th birthday.

During the ceremony, the former Kano governor said the Amana Leadership Institute would run foundation Programs on intellectual development.

According to him, “The Institute has affiliation with national and International learning institutions in the United Kingdom, India and Asia.

“It will run the Interim Joint Matriculation Board Examination (IJMB), to allow youths qualify for admissions into Nigerian and foreign universities at advanced level,” he said.

Kwankwaso appealed to Kano populace to make judicious use of the Institute.

While speaking at the occasion, the Senatorial candidate of the NNPP in Kano Central, Sen. Rufai Hanga, commended Kwankwaso for the laudable achievement.

He appealed to other politicians to emulate Kwankwaso, by marking their birthdays with beneficial projects rather than travelling abroad “to cut cakes.”

He expressed optimism that the Institute would shape upcoming leaders and provide quality academic results to students of the institute.

A cross section of Kano residents also commended Kwankwaso for the project, saying that it would boost Kano youths’ leadership skills.

Mr Umar Alhassan, one of the residents, said the initiative would breed a new set of well oriented and talented leaders.

He commended Kwankwaso for his huge investment in the education sector when he was the governor of Kano State.

Another resident, Mr Shu’aibu Aminu, lauded the efforts of Kwankwaso, saying that the Institute would surely provide “a modified set of politicians and leaders”.

The event attracted the Vice Presidential Candidate of the party, Bishop Isaac Idahosa.

Also in attendance were the party’s Chairman, Prof. Rufai Alkali and other key personalities in the party from across the country. (NAN)