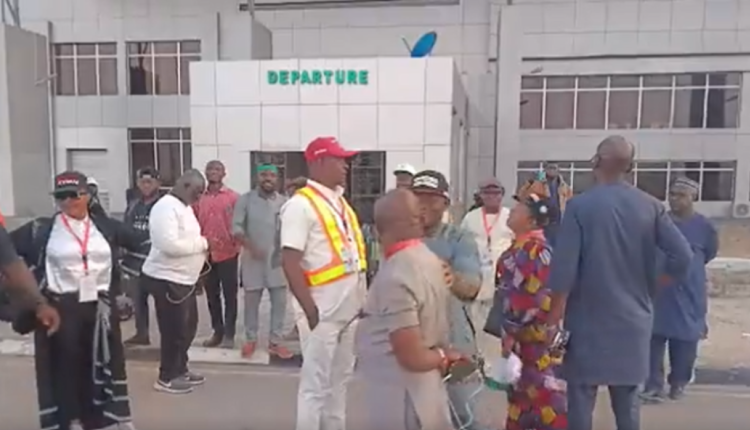 More than 100 members of the Peoples Democratic Party (PDP) were stranded at the Yakubu Gowon Stadium in Jos, the Plateau State capital moments after concluding the party’s presidential campaign rally in the state on Tuesday.

Among those stranded was the National Organising Secretary of the PDP, Umar Bature. Also stranded were security personnel working directly with the PDP presidential candidate, Atiku Abubakar, as well as journalists.

Atiku and the PDP Presidential Campaign Council (PCC) were said to have been transported to the airport shortly after the rally. About 30 minutes later, the PDP candidate and some top members of the party reportedly boarded and departed from the state.

However, shortly after, the airport tower signal went off. It was gathered that an aircraft that was about to land could not land and was forced to turn back.

An airport worker explained that the staff received instructions to shut down the facility at exactly 5:30 pm, claiming that there was no request for an extension of time by the PDP.

Some PDP members alleged that this could have been politically motivated with a member of the PDP, Justice Abraham accusing the All Progressives Congress (APC) of ordering the shutdown of the airport.

But three hours later, the tower signal came back. Two aircraft arrived at the airport to move the stranded passengers to Abuja.

Like Tinubu, Atiku suffers gaffe, says ‘vote for A… I mean PDP’