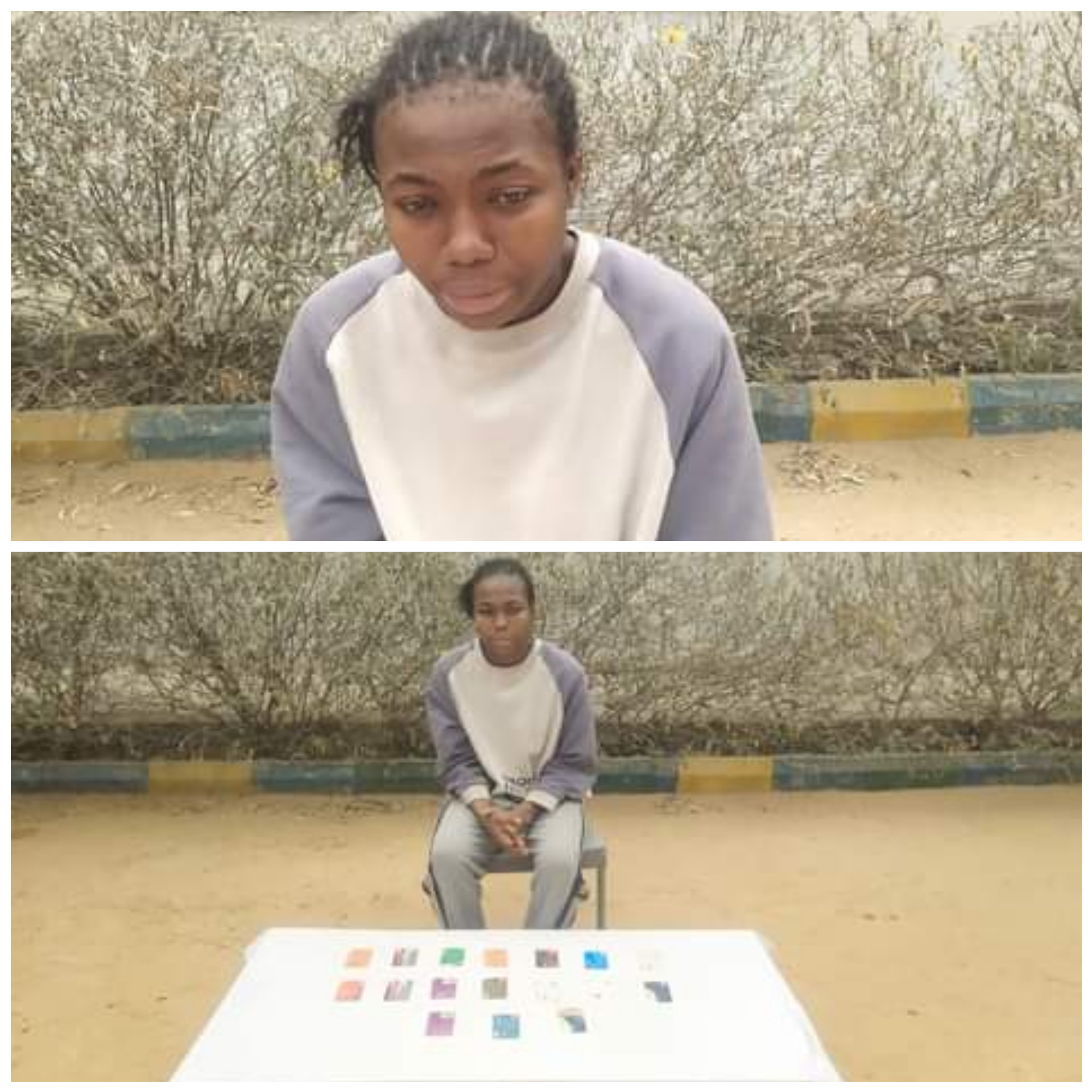 The Police Command in Kano State has arrested a 24-year-old for allegedly defrauding people with their ATM cards.

The command’s Spokesman, SP Abdullahi Haruna-Kiyawa, told newsmen on Monday in Kano that the suspect had been on police wanted list over some fraud- related cases.

He said that the lady was arrested by an ‘Operation Puff Adder’ team while on surveillance patrol on Murtala Mohammed Way, Kano.

“She was found in possession of 17 ATM cards of different banks.

“After her arrest, one Yusuf Tijjani complained that the suspect approached him while seeking assistance to operate an ATM card at a bank.

“She deceitfully collected the ATM card, changed the card and later withdrew the sum of N15,000 from his account,” he said.

Haruna-Kiyawa said that during investigation, the suspect confessed to the crime.

“She confessed to specialising in swapping ATM cards by claiming to be a bank staffer and offering to assist people to operate ATM machines.

“The suspect has ATM cards of almost all the banks operating in Kano, thus making it easy for her to swap her victims’ ATM cards and withdraw money from many accounts,” he said.

The police spokesman said that the suspect would be prosecuted to serve as deterrent to others.

He urged residents to report such incidences to the nearest police station and avoid taking laws into their hands.

Haruna-Kiyawa assured that rigorous patrols as well as raids on criminal hideouts and black spots would continue across the state.