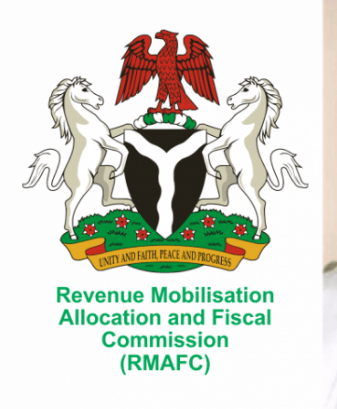 Chief Elias Mbam, Chairman of the Revenue Mobilization Allocation and Fiscal Commission (RMAFC), has said that the commission had begun reviewing the emoluments of political and judiciary officeholders.

Mbam disclosed this on Saturday, at Amagu community in Ikwo local government area of Ebonyi, at the 7th ‘Ofala’ festival and 30th anniversary of the coronation of the traditional ruler, Ezeogo Dominic Aloh, Erima-Ogwudu III of Amagu Kingdom.

The RMAFC chairman, who was conferred with a chieftaincy title of ‘Aka Ekpuchi Onwa II by the traditional ruler, told newsmen that a process to review the remuneration of political and judicial office holders was in progress.

He noted that the commission was saddled with the responsibility, hence it would soon conduct a public hearing on the issue, to allow the citizens to contribute to the process.

“One of the major responsibilities of our commission is to determine remunerations appropriate for political and judicial officeholders.

“In doing that, the financial situation of the country, at any giving time, is taken into consideration, including inflation and the country’s Gross Domestic Product (GDP), among others.

“The commission being conscious that a lot has happened since the last review, have commenced the process of another review to reflect the changing realities.

“We have progressed and we believe that before the end of 2021 something concrete will happen,” Mbam said.

The chairman, who declined to confirm if the salary would be reviewed downward or upwards, said that the process was ongoing and would be influenced by a number of indices.

“It is a process and the process at the end determines what it will be; when we go through the process, if it comes out to increase, we increase, if it decreases we do it,” he added.

Mbam, however, enjoined Nigerians to participate in the review, noting that there would be public hearings and invitations for memoranda from members of the public, including institutions under the three tiers of government.

The RMAFC boss, who also spoke on the diversification of the nation’s economy, noted that the solid minerals sector had been contributing immensely to the economy. since his assumption of duty as chairman of the commission.

He said that the commission embarked on sensitisation and advocacy campaigns to all tiers of government, as well as across the 36 states of the federation, to encourage revenue diversification, which was yielding results.

“Before I came in, solid minerals was not contributing to the federation accounts, but now solid minerals is a major source of revenue, we want to focus more on that.

“We also want to make agriculture, tourism and manufacturing, major contributors to our national revenue and we believe that it won’t be long and we will be getting more revenue from diversification,” he said.

Mbam said that the award, giving to him was a call to more responsibility, adding that the honour would spur him to contribute more to the development of society.

He said that the ‘Ofala’ festival was very important because of its significance for cultural revivalism in Igbo society explaining that anybody who lost his culture was equivalent to losing his identity. (NAN)