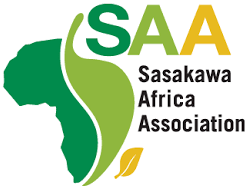 Dr. Gambo said the initiative of the opportunity for the beneficiaries is a five 5 year program that started in 2021 with a funding of about $22 million provided by the Islamic Development Bank , Lives and Livelihoods Funds and implemented by Kano State Agro-Pastoral Development Project and Sasakawa Africa Association.

SOLACEBASE reports that the program is aimed at improving agriculture commodity value chain of production, processing and marketing.

The acting country director said the project is embarking on a week media field days so as to see what efforts are being put in place and for the media professionals to have a one on one interactions with the farmers under their tutelage and for the organisations to get feed back on how they can improve on the techniques or approaches to make things easier for the farmers.

“One of the major challenges of farmers is the post-harvest loss which discourage many of them as it reduces their revenue generation, hence the project has being support farmers with the knowledge of storage facilities so as to preserve harvested crops and reduce loss to farmers,’’ Gambo said.

“And one of the crops enjoying the storage technology in which we have trained farmers in Kano is the onion.’’

Speaking further on the project, Kano State Agro- Pastoral Development Project, Project Coordinator, AbdulRashid Hamisu Kofamata, said the target of farmers to be train in the initiative are 450,000.

He explained that the project focused on two crop of cereal and vegetable, whereby under the cereal it has Sorghum, Rice, Maize, and millet while the vegetable include Onion, Cabbage and Tomato.