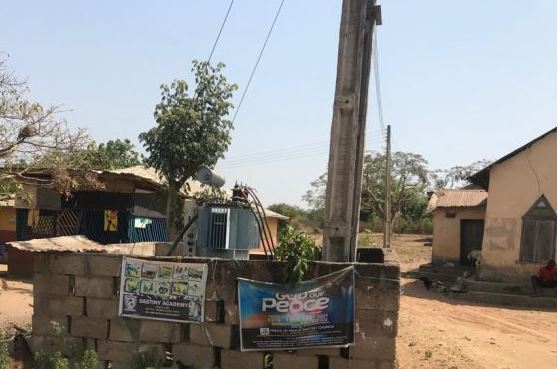 In 2021, the Federal Government appropriated N49 million to improve the power supply in nine communities in Ogo Oluwa/Surulere federal constituency in Oyo State. Only three have been powered, leaving six in total darkness. 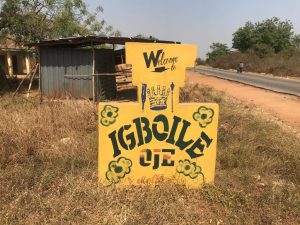 The project which is implemented by the Rural Electrification Agency, REA, under the Ministry of Power was facilitated by Olusegun Odebunmi, member representing the constituency in the House of Representatives.

This investigation uncovered that, of the nine communities, Orile Oje and Olukunle had electricity supply before the project while Ikolo is the only virgin community that has been connected to the national grid by the project but Ikoko has seen electricity on only three occasions.

This reporter further observed that only 15 percent of work has been done in Aromole Peere, one of the communities in Ogo Oluwa Local Government Area. Others are Igbo’lle Oje, Akunko, Ikunsin, Iwonso, and Mongele communities.

Olusegun Odebunmi, the facilitator of the project lamented that the contract which was awarded to Nahoro Construction Limited and given 4 weeks to deliver is suffering from lack of funds. 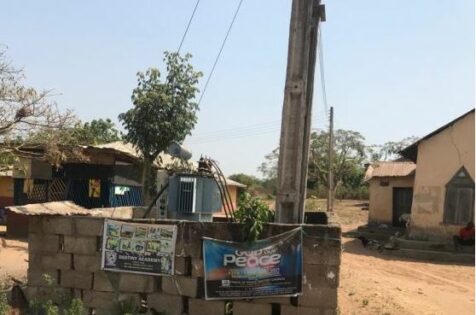 Residents of these communities lamented how the absence of a power supply cripples every aspect of their lives, renders their community bare, and ultimately makes life difficult for them.

They explained that though power poles and wires had been installed in the community and other neighboring villages over ten years ago, power is yet to be supplied.

The Akowonsin of Ikunsi, Oba Abdulhammed Atanda Adesoye said when their children go to the city for secondary and tertiary education, they rarely return home for holidays because of the electricity challenge.

“Many of them don’t even come back after they graduate because they don’t want to have to deal with the situation,” he said. “We are only here because we have no choice. We can’t leave our houses empty. Look at these poles you are seeing here, they have been there for several years.”

In an attempt to end the decade of darkness, the communities had met with the facilitator but no action had been taken to redeem the situation. 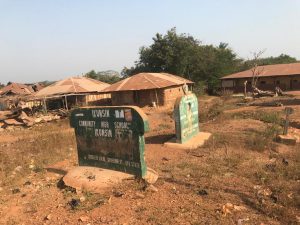 In Igbo’le Oje, Baba Ajayi and Taiye Oladegan confirmed the statement of the Akowonsin of Ikunsi, as they both complained bitterly about their situation.

“There has never been a power supply here,” said Baba Ajayi, a resident of  Igbo’le Oje.

“We only get to see electricity when we travel to town or when we buy fuel to power our generator,” Ajayi continued. “Apart from that, we have not had a power supply. All we have gotten from the government is failed promises that have yielded nothing over time and we have learned to live with it. The only time they remember us is during elections.” 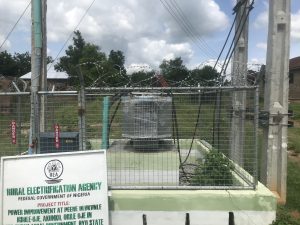 Another resident of the community Taiye Oladegan said: “We have had meetings with Olusegun who promised us that he will do something about it but we have not seen anything. There was a time he assured us that it was being worked on by the presidency and promised us that we will soon get a power supply. But that’s all we have gotten so far. As you can see, there is no wire here yet. There are no poles.”

Yunusa Olafare said the community had been deserted. “As you can see, the whole place looks almost empty,” he said.  “A lot of people have come here and left because there’s no power supply. The only people you can see here are farmers who have been living here for a long time. Otherwise, you can’t see anyone.”

Sulaimon Dabaale explained that the newly installed electricity materials were installed in March 2022 after an earlier visit of this reporter to the village.

“Iwonso project is an abandoned project before I came on board,” he said. “It was awarded to someone in Osun State. If you go to Ikolo today, you’ll be able to ascertain what is on the ground there. Ikolo community was picked out of the communities because the money allocated for the project is not enough.”

Nahoro Construction Limited, the Rural Electrification Agency, and the Ministry of Power did not respond to multiple requests for comment.

This report was published with support from Civic Media Lab

REVELATION: How health workers in Gombe issue fake genotype certificates for a token