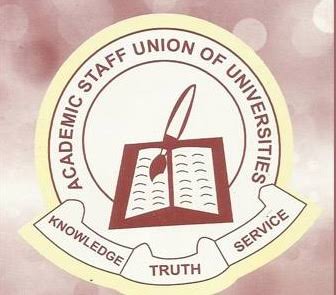 The Academic and Staff Union of Universities (ASUU) has described the federal government policy of withholding lecturers seven months salaries and pro rata of October salary as abuse of laws, witch-hunt and attempt to deny the Nigerian students right to qualitative education.

SOLACEBASE reports that the union said the move was in addition to a deliberate attempt to financially cripple lecturers who were only exercising their constitutional rights as at when they embarked on strike as enshrine in the constitution and trade union act.

According to the statement, the actions and attitude of the federal government to the university lecturers and the citadel of learning are geared towards destroying public universities education.

The statement said,’’ Nigeria with its current challenges, affecting virtually all its potentialities to greatness, cannot afford to, once again, miss the opportunity of fixing its grave mistakes by providing sound university education to its teeming population.

It reads, ‘’it is on this backdrop that the Academic Staff Union of Universities (ASUU) drew its position of “no compromise” on sound university education that can compete globally for every Nigerian. ASUU has remained resolute on this position since its formation and will continue to do so without any compromise. “No amount of threat or maltreatment can scare a determined academic mind”.

‘’It should be remembered that some weeks back, the Union decided to respect the Court ruling issued by the National Industrial Court, Abuja Division and affirmed by the Appeal Court, Abuja Division which mandated us to return to classroom. We decided to do so in our bid to show our respect for the Rule of Law and the Judiciary as law abiding citizens and exemplary models in the society. The intervention of some well-meaning Nigerians whether publicized or not, also added to the hope we had that the Federal Government would keep its promises which were not new but product of agreements it willingly and consciously signed with our Union.’’

‘’After abiding by the Court Ruling and resuming to class, the Federal Government once again decided to show its resolve to continuously cause havoc, mayhem and commotion in the Nigerian University system by paying half salary to our members for the month of October, 2022. This is absolutely condemnable, unacceptable and rejected in its entirety. The Federal Government knows very well that not only university lecturers but all other full time employees, as enshrined in our laws, are entitled to full salary payment once they report to duty before 15th of the month. We therefore, demand that full salaries of our members be paid immediately and unconditionally.

The union said based on the foregoing, ASUU, Yusuf Maitama Sule University Kano, during its Congress held on 15th of November, 2022 declared Thursday 17th November, 2022 as lecture free day in protest to the Federal Government actions to university lecturers.