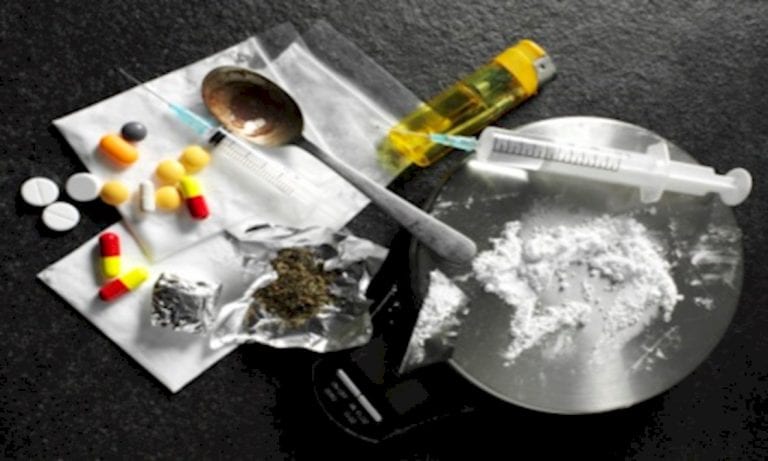 The suspect was said to have been alone with the father when he allegedly committed the crime at St. Mary Primary School area of Lokoja on Wednesday night.

According to one of the neighbours, Miss Bello Nana, the boy had been misbehaving since Wednesday morning and she urged the father to report him to the police and get him arrested to avoid problems.

She said that the suspect, a Senior Secondary School Certificate (SSSC) holder who had vehemently refused to further his education despite efforts by the father, had taken to drugs.

Nana said on a fateful day, she went to work around 4 pm to close by 12 midnight but closed at 10 pm and decided to go home but “When I came home, I knocked the gate and nobody opened it.”

She said that when she opened the gate herself and let herself into the house with her spare key and asked of Baba, the suspect said the septuagenarian was not around.

Knowing that the old man does not go out anything after 6 pm and that Baba would always lock his door, she asked the young man where Baba had gone.

“He answered from Baba’s room and knowing that Baba doesn’t normally allow him to enter his room, I became suspicious of what he was doing there and I immediately called my fiance.

“We called Baba’s phone number but it was switched off”, she said, adding that this made them to go to the police to lodge a complaint and came back to the house with policemen.

“When we entered the room Baba was lying in a pool of blood still breathing, that was how we rushed him to the hospital. This morning, we heard the news that Baba is dead,” Nana narrated.

“We got information yesterday around 9 p.m. that the Divisional Police Officer (DPO) of ‘A’ Division Police Station, Lokoja received a distress call that Muhammad Yusuf, 21-year-old of behind St. Mary Primary School, Lokoja, attacked and injured his father.

“The police moved to the scene where they met the victim Yusuf Ibrahim in a pool of his blood with serious injury on his head.

“He was rushed to the Specialist Hospital, Lokoja, for treatment and the suspect was arrested.

“But today, around 9:30 am, one of the victim’s sons came to the station and reported that their father had died while receiving treatment.

“So, the Police went there, took photographs and deposited the body at the mortuary for autopsy”, he said, adding that investigation into the matter has commenced. (NAN)