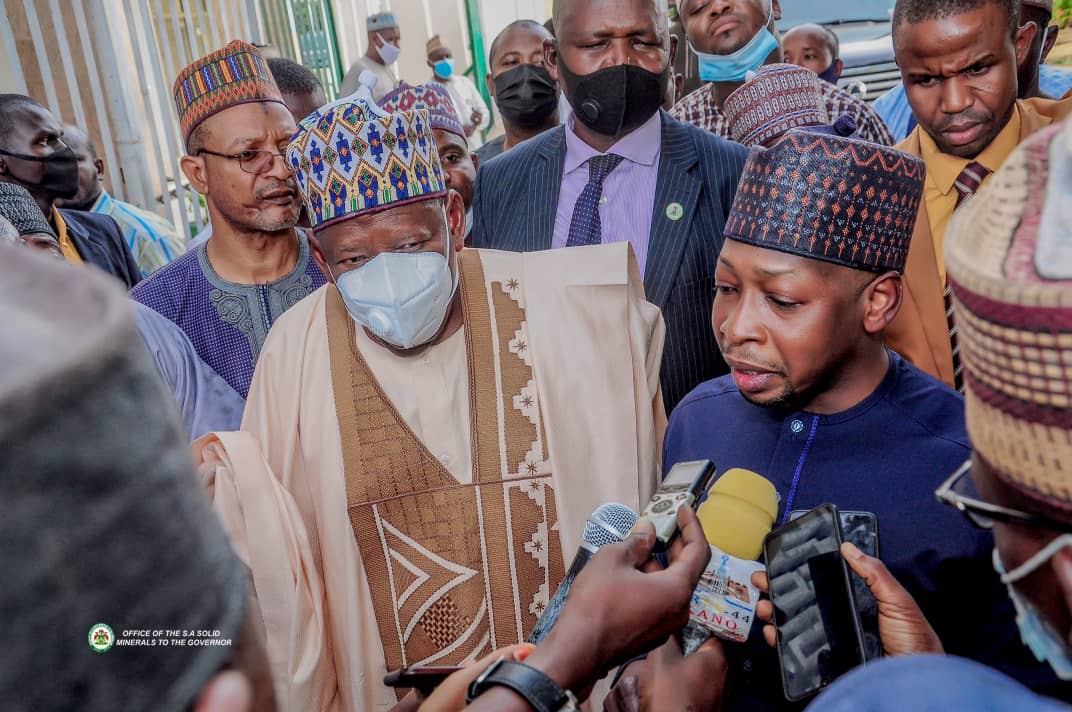 A former Kano State governorship candidate under the platform of the Green Party of Nigeria, GPN, Abdulsalam Abdulkarim-Zaura popularly known as A. A. Zaura, has defected to the All Progressives Congress, APC.

While welcoming Mr. Zaura into the APC fold during a private meeting with party executives, Governor Ganduje commended the defector for his various contributions to the growth and development of his community and the state as a whole.

Ganduje described Mr Zaura as a youth whose coming into the party would lend credence to the belief that the APC is youth-friendly.

The governor, therefore, promised to initiate new projects and complete all the uncompleted projects in the Zaura community of Ugoggo Local Government Area of the state.

Receiving Mr Zaura during a ceremony on Saturday, the Ugoggo LG Chairman, Abdullahi Ramat, and his counterpart at the Tarauni LG, Abubakar Zakari Mohammed (P.A), took turns to eulogize Mr Zaura as a youth politician who has the interest of his people at heart.

According to them, the APC had a big catch in Mr Zaura who will not only add value to the party but the state as a whole.

The ceremony, which took place at Rangaza Ward of Zaura-Babba community of Ugoggo LG was attended by hundreds of party supporters.

On her part, the governor’s aide, Balaraba Ibrahim-Ahmed, expressed happiness over the development, saying that the APC would continue to give the youths opportunities and a platform to showcase their leadership skills.

According to her, Mr. Zaura’s defection is a sign that the state APC under Governor Ganduje will continue to grow from strength to strength.

She said: “I am particularly happy about this occasion because it is taking place on my birthday.  Zaura is an asset to us. We can’t afford to miss him.”

Responding, Mr Zaura described his defection as homecoming, pledging to work towards developing the party in the state.

He, therefore, called on all the GPN members across the state to join the APC, saying that the party is a youth-friendly platform.

He promised to put in his best to the success of APC activities in Kano and the nation as a whole.

Insecurity: Matawalle to change tactics to deal with unrepentant bandits

Prev Next
60 Comments
Leave A Reply