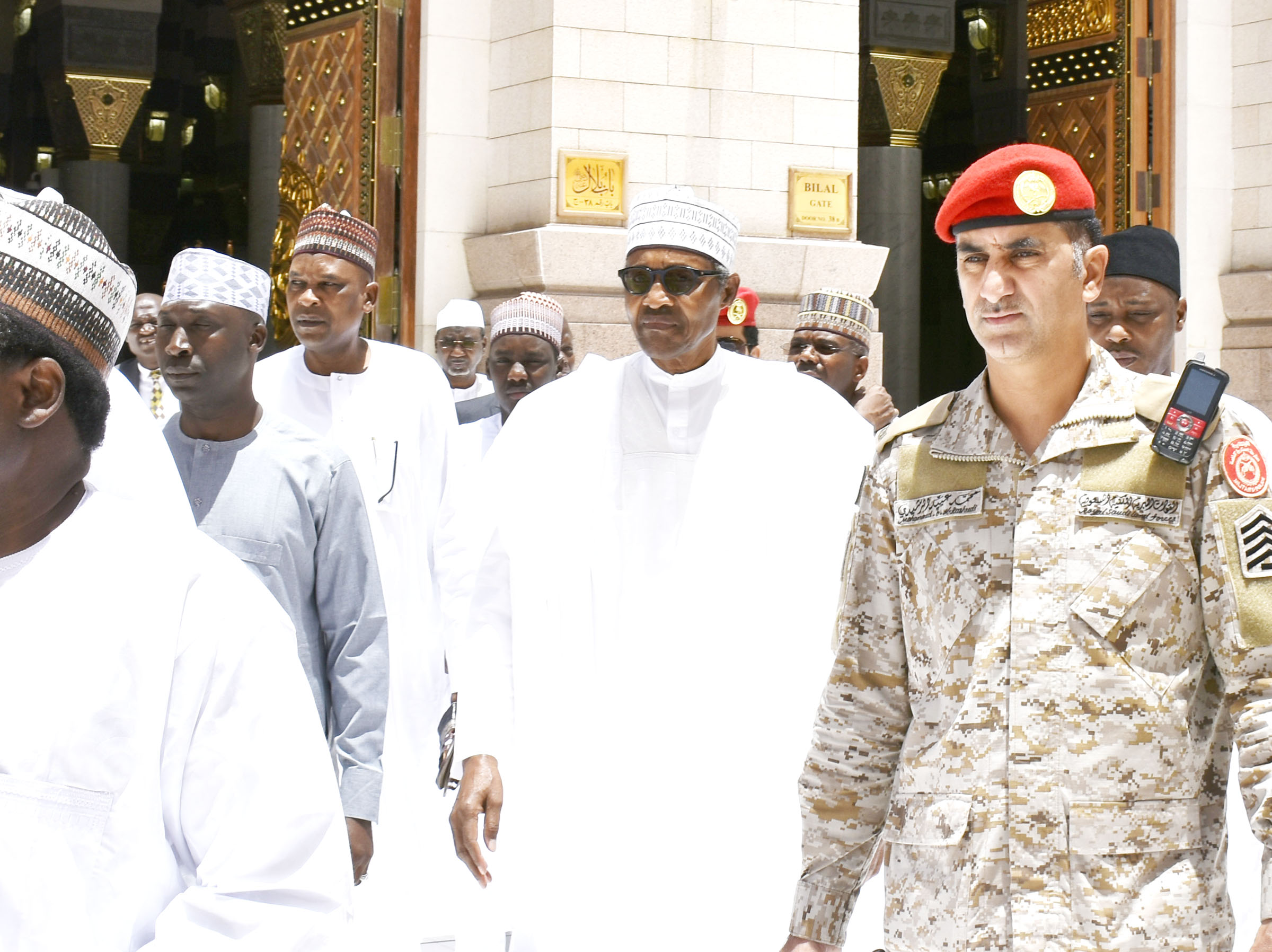 President Muhammadu Buhari on Friday observed Juma’at prayer at the Grand Mosque in Makkah, Saudi Arabia, with about 53 world leaders and hundreds of thousands of Muslim faithful.

The News Agency of Nigeria reports that Buhari and the Heads of State and Government are in the Holy City for the summit of the Organisation of Islamic Cooperation (OIC).

The 14th session of the Summit Conference of the OIC hosted by Custodian of the Two Holy Mosques, King Salman bin Abdulaziz Al Saud will begin at midnight.

Shortly on his arrival in Makkah Thursday evening, President Buhari, accompanied by the Governors of Osun, Niger and Jigawa, performed the Umrah.

The President and the accompanying delegation circumambulated the Ka’aba before visiting the area between the al-Marwah and al-Safa hills, itself a distance of between three and four kilometres in the Grand Mosque, which is part of the Umrah process.

The Umrah (lesser pilgrimage) is a Muslim pilgrimage to Mecca that can be undertaken at any time of the year, unlike the Hajj which has a fixed time.

The Hajj is the “major” pilgrimage which is compulsory for every able-bodied Muslim who can afford it while the Umrah is optional but recommended.

Buhari, who is expected to return to Abuja after the OIC summit on Sunday, would hold bilateral meetings with some world leaders on margin of the OIC summit.