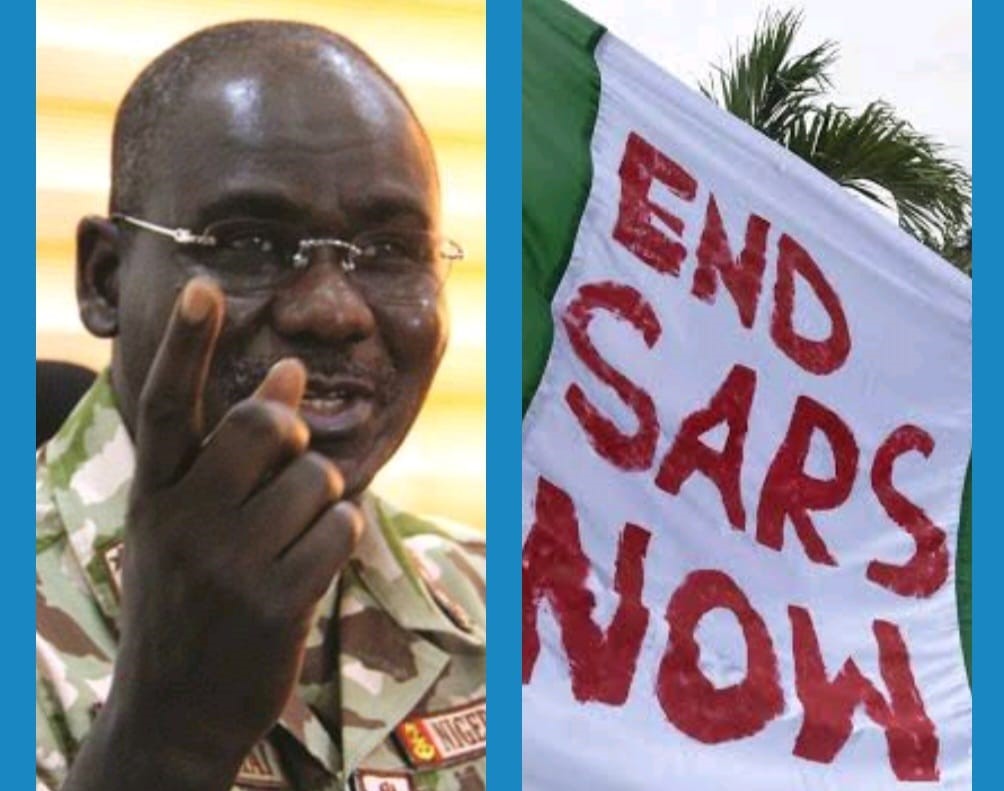 You have started again! You should know that PR is not a licence to support atrocities. Innocent persons (at Lekki) were deliberately murdered by your clients (Nigerian Army) and for you, profit is more important than those souls.

The above was a text message sent to me by my good friend, Omoyele Sowore after PRNigeria published a 204-page book titled, “101 Fake News on EndSARS” and commenced the serialisation of some of the blunders and inconsistencies contained in the recently submitted report of the Lagos State EndSARS panel chaired by Retired Justice Doris Okuwobi.

In fairness to Sowore, he has been consistent in his brand of activism through citizen journalism. But in our many debates, I have always explained to him that the public relations approach through fact-seeking and efforts at mutual understanding are better ways of managing difficult situations.

I have received similar concerns from people of goodwill and even from unknown individuals, who claim I am on the payroll of the Nigerian Army, and that all the things we do at PRNigeria are for pecuniary gains. I am therefore compelled to clear the erroneous impression about PRNigeria’s relationship with the Nigerian Army and our position on the EndSARS panel report.

First, while PR is a profitable business in the communications practice, in which a practitioner legitimately deserves a remuneration, we have never had a client-relationship with the Nigerian Army, since the emergence of General Tukuru Buratai as the Chief of Army Staff in 2015. The Nigerian Army is NOT our client but one of the stakeholders in the brand of journalism we practice.

In fact, PRNigeria has never been engaged directly or indirectly by the Nigerian Army in the last six years, but we enjoy the fact of having access to authoritative and sometimes sensitive information from credible authorities and reliable sources in the sector to authenticate our reports.

Having had a good working relationship with all the Army spokespersons, from Brigadier Generals Sani Kukasheka, Sagir Musa, Mohammed Yerima to the incumbent, Onyema Nwachukwu, they are living witnesses to the professional integrity of our communication outfit.

Some public commentators have accused us – not a few times – of “excessively defending the Army,” especially General Buratai, the past Army Chief who is now the Nigerian Ambassador to Benin Republic.

They ignore the fact that objective reportage is not about defending anyone but providing accurate, timely and credible information. While we objectively reported the clearance of Buratai over the Dubai properties saga and highlighted his earlier successes in decimating Boko Haram terrorists and institutional accomplishments, we were yet very critical of the Nigerian Army over the Zaria massacre of 2015, the unjust retirement of the Army 38 in 2016, the closure of the offices of Daily Trust newspapers in 2019, the killing of Police officers by soldiers in Taraba in 2019, and the tenure elongation of military chiefs in 2020, among others.

Just as the critics attack us, so do the apologists on the other side. For instance, some Army media consultants sponsored a number of articles in several media houses claiming that we are financiers and masterminds of the Boko Haram insurgency.

Not only did we report them to the security and intelligence services, but we also sued the accusers in a court of law, to clear our names.

Our support for the military and intelligence services, especially the Nigerian Army, is our own way of showing patriotism in the defence of national interests when doing so could deny us of securing grants from foreign interests. Our editorial policy does not glorify the activities of enemies of the state. We deliberately censor their propaganda by supporting the gallantry of Nigerian security against violent agitations, banditry and terrorism among others.

The Chief of Military Intelligence and now Chief of Defence Intelligence, General Samuel Adebayo, can testify to the fact that while we were not engaged to provide any crisis communication component of the Nigerian counterterrorism strategy, we never felt bad about this. After all, General Buratai only demonstrated his ‘detribalized nature’ by engaging other firms for the Army’s PR services.

Meanwhile, we are equally not unmindful of the fact that the lack of patronage by the Nigerian Army and few others is likely due to the fact that we had worked closely with a consummate spymaster on the national security architecture during the immediate past administration of President Goodluck Jonathan.

Nevertheless, while we had no pecuniary relationship with the Nigerian Army, General Buratai was gracious enough to have acceded to our interventions on the plight of some journalists and media houses in critical moments, and he even delegated officers to attend our programmes.

Still, with all sense of modesty, if the Nigerian Army were indeed our client, they would not have committed the communication harakiri of initially denying the presence of troops at the Lekki Toll Plaza during the height of the EndSDARS protest of October 20, 2020.

The army’s blunder, which is also cited in the book, “101 Fake News on EndSARS,” is among the reasons for the public mistrust of the security services and lingering distrust of the government since that incident.

Meanwhile, the EndSARS panel’s attempt to redefine the meaning of the words ‘massacre’ and ‘genocide’ was faulted by professional opinions of pathologists, forensic experts, ballistic specialists, legal practitioners, among others, as contained in the report itself.

Interestingly, the author of the book on EndSARS, Dahiru M. Lawal, was an early supporter of the EndSARS movement, until the peaceful protests turned violent. The decentralised mass movement against police brutality was unfortunately hijacked by hoodlums, leading to violent attacks, including killings and the destruction of property worth billions of naira.

For instance, the initial video of a policeman allegedly shooting a civilian in Ughelli, Delta State, which triggered the EndSARS rallies, and other similar reports, turned out to be fake.

As chronicled in the book, notable personalities, including the Nobel Laureate, Professor Wole Soyinka, and a former Minister of Foreign Affairs, Professor Bolaji Akinyemi, had to issue written and record video rejoinders respectively, to deny the fake inciteful statements attributed to them during the crisis.

Similarly, politicians like Asiwaju Bola Ahmed Tinubu of the All Progressives Congress (APC) and Governor Nyesom Wike of the Peoples’ Democratic Party (PDP) had to address the press on falsehoods fabricated against them, which could have inflamed situations then.

Some spokespersons to public officials, Femi Adesina and Funke Egbemode, both incidentally former Presidents of the Nigerian Guild of Editors (NGE), were also victims of the mischief of fake news merchants.

These peddlers of illicit information, apart from impersonating celebrities, also lied against religious bodies by grafting the images of Catholic Bishops on their false narratives, claiming that these distinguished clerics were marching in support of EndSARS, while this was blatantly untrue. In another misleading contrivance, some female Muslims were also said to be protesting in Katsina State, while no such thing happened.

Meanwhile, some of the credible, traditional media platforms that published fake stories and footage from that series of protests have since dropped these unfortunate contents from their sites. One of the national broadcast stations “Arise TV” that quoted the famed ‘witness’ DJ Switch’s claim that snipers were shooting protesters from Access bank building, had to tender an apology after the management of the bank issued a statement saying the people located on their head office tower were staff members carrying out maintenance work on the building, and not Nigerian Army snipers who had been drafted to kill protesters.

While some of the media could not offer unreserved apologies for misleading the public, a diligent web search reveals that a number of pages that had initially carried the fake news have since dropped them which are no longer online.

I strongly believe that media platforms should be harnessed as effective tools in swiftly countering false information, especially if this is defamatory, discriminatory, malicious, uncorroborated or clearly dangerous.

We must find a way of protecting our ethnic and religious diversity in Nigeria, which is a source of strength so that our fault lines are not exploited by undesirable elements bent on setting citizens against each other.

Government must find a way of regaining the needed, but already eroded, confidence of the public/masses of Nigerians, due to the high wave of distrust and cynicism about its officials, statements, and actions.

Also, the Nigerian security services should always display utmost professionalism in the course of discharging their statutory responsibilities, while also eschewing the temptation to be corrupt, high-handed and lawless, especially in their interactions with regular Nigerians.

Author “An Encounter with the Spymaster” and “Crisis Communication Strategies”

Why Tinubu visited me- Yakasai