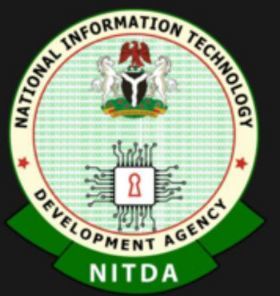 Solacebase reports that the agency said the program under the supervision of Federal Ministry of Communications and Digital Economy is part of efforts to make Nigeria the hub of digital talents in Africa and the world at large,

NITDA had announced plans to train one million software developers in various areas of application development.

A statement by Head corporate affairs and external relationship NITDA Mrs Hadiza Umar on Saturday, said the project which would be undertaken through NITDA’s subsidiary, National Center for Artificial Intelligence and Robotics (NCAIR) situated in Wuye District, Abuja, is in partnership with relevant stakeholders in the ecosystem.

It reads: “The program is in line with National Digital Economy Policy and Strategy (NDEPS) of the Federal Government, and NITDA’s Strategic Roadmap and Action Plan (SRAP 2021-2024) pillar of Emerging Technologies.

“Trainees will go through a series of coaching, and lectures to develop programming skills in Python for Artificial Intelligence, Machine Learning, Blockchain, Robotics and Data Science.

“The Director General of NITDA, Kashifu Inuwa, CCIE, has directed NCAIR to run the program under 24/7 operation schedule within the Centre, including an internship program that will provide intensive training to Nigerian youths with the goal of producing software developers.

“NDG Training is divided into two batches (A&B). Batch A will run from Monday to Wednesday, Batch B will run from Thursday to Saturday, and Sunday will be independent study day, and Certificates will be issued to the students/trainees at the conclusion of the program.”

Interested Applicants are to visit: https://bit.ly/3zUuBY1 to get their slot.