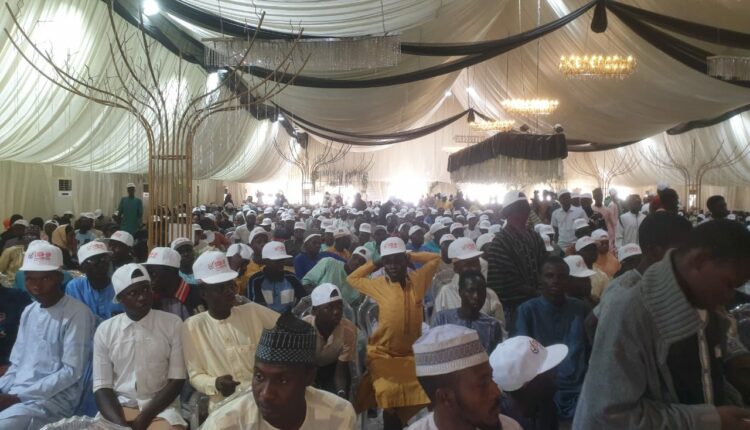 Over 50,000 students in Kano have declared support for the presidential candidate of the People Democratic Party (PDP), Alhaji Atiku Abubakar and his running mate Ifeanyi Okowa, ahead of the 2023 general elections.

SOLACEBASE reports that the students, from different tertiary institutions in Kano said they organized the sign up rally by themselves seeing the realities in the country to create awareness among other students towards voting for the right candidate in the coming elections in the country.

Speaking to journalists at the event which was held in Kano on Sunday, the leader of the movement Aminu Mukhtar Sale said they decided to support Atiku/Okowa presidency because of how the educational system is collapsing and that Atiku is the man to rescue the situation.

“Looking at the present situation of education in the country, and the lingering dispute between the federal government and ASUU, then there is a need for us the students to come together and save the system. We deem it necessary to gather here, over 50,000 of us have declared our support, sign up for Atiku Okowa presidency in the coming 2023 elections. 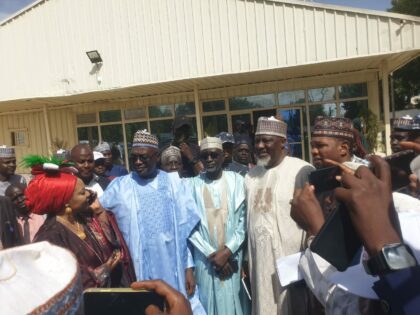 “I in particular, I am a beneficiary of the Atiku Abubakar Scholarship, so from what he is doing to the development of education we know that he is the right man for the job and can save education from the state it is in the country,” he said.

Read Also: INEC has no reason not to be ready for 2023 elections -Buhari

Also speaking, a former governor of Kano state and Senator representing Kano Central at the National Assembly, Mallam Ibrahim Shekarau said the students being in tertiary institutions are matured enough and have reached the voting ages, hence the need to encourage them to vote for the right people. 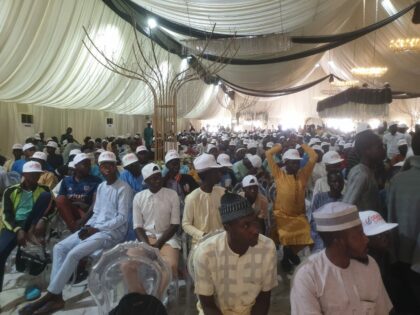 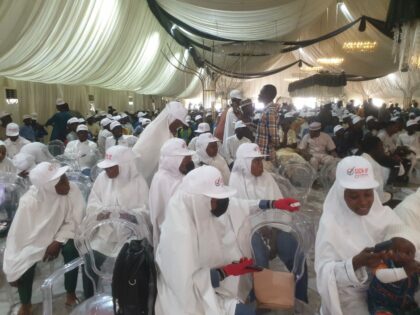 “We are happy the students have seen the difference which is very clear and they are not under any compulsion. They are here at their own will and they organized the event by themselves,” he said.

Reacting to a question on a heated argument on-going between the PDP and the ruling All Progressive Congress (APC), Shekarau said that it is normal and allowed situation in politics to criticize and expose the wrongdoings of opponents and oppositions to woe supporters to your side.

Shekarau, who is a special adviser to the Atiku/Okowa presidential campaign said the media is over blowing the utterances which in return generated arguments among politicians.

“If I say my opponent is not capable and decided to say my candidate is the best, it is left for the citizens and electorates to decide.’’

Also Speaking, Director Atiku Support Groups, Hajiya Baraka Sani, said the students have seen the reality of the present situation in the country and decided to organize the event by themselves towards making a better choice in the coming elections.

Hajiya Baraka, said over 50, 000 students had signed up for Atiku/Okowa Presidential Contest in Kano alone and they are doing so on their own, without prejudice from anybody.

She noted that the endorsement of Atiku Presidency was an automatic thing because all sectors of human endeavors were not doing better across Nigeria, saying the Students were the latest on the lists.

She said that the students, over one hundred percent of them are from Tertiary Institutions who have attained the voting ages since when they obtained their various admissions, adding that there was no coercion in their participation.