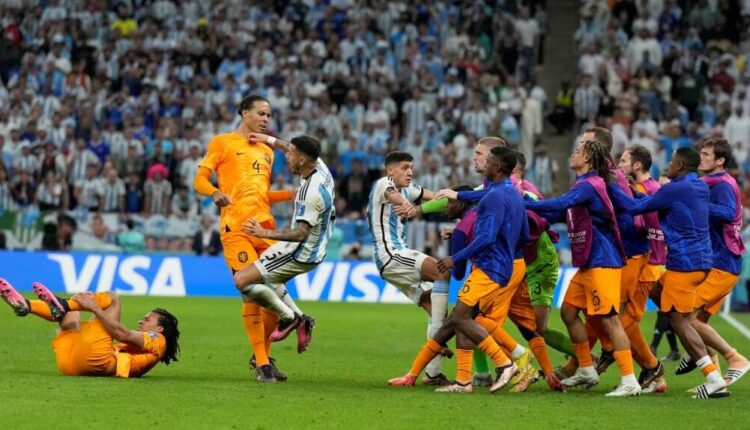 Veteran U.S. sports journalist Grant Wahl has died after he collapsed in the press area on Friday, while covering the quarter final match between Argentina and Netherlands at the ongoing FIFA World Cup in Qatar.

Mr Wahl had been ill 10 days prior but said he recovered.

The American sports journalist of over two decades had covered 11 World Cups, according to his website. He has also authored several sports books.

The 48-year-old was recently in the news after he was banned from entering the stadium in Qatar for wearing a rainbow colored shirt.

Read Also: How I made my money – Tinubu

In an episode of the podcast Futbol on December 6, he complained of being ill, saying “It had gotten pretty bad in terms of like the tightness in my chest, tightness, pressure. Feeling pretty hairy, bad.”

He also said he sought help at the medical clinic at the World Cup media centre, after he thought he had bronchitis. He had said he felt better after sleeping well and receiving some antibiotics.

Details are not clear as to the cause of his death, but tributes have been pouring in from U.S. Soccer, Lebron James, MLS commissioner Don Garber, Peter King, Marc Stein and others on Twitter.