Skills rather than just degrees: A timely professional advocacy 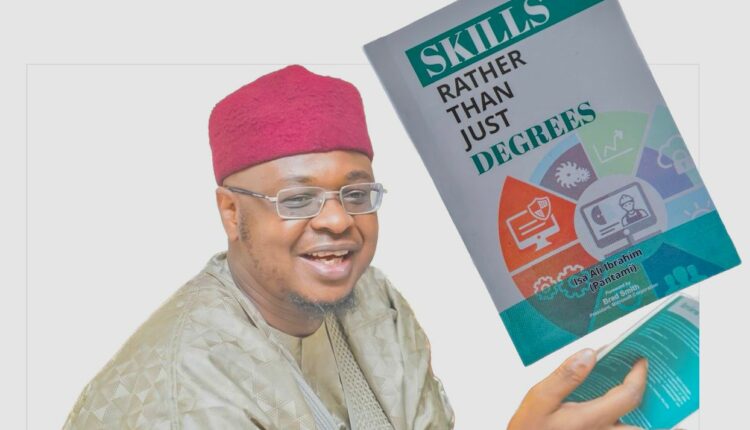 Despite all his official commitments, Prof. Isa Ali Ibrahim Pantami’s internationally recognized contributions to the field of both Digital Economy and Islamic knowledge are unprecedentedly breaking colossal barriers to socioeconomic development in Nigeria and Africa at large.

We are grateful to Almighty Allah, who has bestowed our society with such a rear gem.

The Islamic scholar and professor of cyber security, Sheikh Pantami is leaving, to some extent, a tripartite legacy for our future leaders to emulate.

He is equally fostering a paradigm shift in his professional career and public office as a Minister of Communications and Digital Economy. He is an epitome of a role model, a philosopher with a positive legacy which will serve as a footprint or a sailable path for all potential leaders, academics and religious scholars to tread on.

However, Malam Pantami is building this astounding path against all criticisms from some of his academic colleagues and Islamic and Christian scholars. He patiently stands tall on his two feet. He forges ahead against all social media hypes, just like the flow of rivers, as “rivers never go reverse” – they gradually clear their paths to their destinations, entrenching a memorable route for explorers and navigators to follow passively.

Long before writing his essential book “Skills Rather than just Degrees’’, his advocacy out of which the book was written, has already transformed so many lives, including myself and thousands of graduates of our innovation hub, through the effective programs and seminars conducted by the National Information Technology Development Agency (NITDA) under the excellent leadership of its Director General, a “Digital Transformer”, Kashifu Inuwa Abdullahi CCIE.

Prof. Muhammad Bugaje, the current Executive Secretary of the National Board for Technical Education (NBTE), is another advocate of the same subject. However, his slogan, “Skills but not Degrees”, is a bit tougher. Therefore, I sincerely urge these two erudite professors to actualise an inter-ministerial or agency collaboration between NITDA and NBTE to develop a realistic action plan and strategic roadmap for entrenching ubiquitous skill capital development in our society.

The National Board for Technology Incubation (NBTI), Industrial Training Fund (ITF) and National Directorate of Employment (NDE) would equally play an essential role in the proposed collaboration. Such agencies are supposed to be under the same umbrella, the way it is done in Morocco, which as a result of their effective work-based learning, has achieved one of the highest economic growth among African countries, as pronounced by the European Training Foundation.

ENGAUSA GLOBAL TECH HUB, publicly recognized as “technical skills enthusiasts”, will formally seek permission from His Excellency Prof. Isa Ali Ibrahim Pantami to translate this book into Hausa language. The translation will help fit it into the bilingual-based curriculum of ENGAUSA APPRENTICESHIP PROGRAMS.

That opportunity would also pave the way for using the translated version in our public awareness programs on Radio, TV and social media. This book succinctly corroborates the mission and objectives of ENGAUSA HUB, as it goes with our motto, “Breaking Barriers and Bridging Gaps”.

The Rise of Sha’aban: An unstoppable force taking Kano’s political arena by…

2023: Reflections of a 98 year old Patriot: A message to those planning to rig…

2023: Assessing the options before Nigerians