Ojjor community in Uzo-Uwani Local Government Area of Enugu State witnessed flooding from September to middle of November last year. This followed the overflow of River Obima, which passes through the community, linking Omambala River on the boundaries of Enugu, Kogi and Anambra states. Ben Aroh examines how the flooding might disenfranchise eligible voters of the community ahead of the 2023 general elections.

Chief Fidelis Okeji, the palace secretary of the Igwe’s cabinet, told THE WHISTLER that the community is yet to recover from the devastation caused by the flood. He said over twenty houses were destroyed by the flood. In addition to the houses, the flood also submerged farm buildings, mainly mud houses where farmers stayed seasonably said, “The number of people displaced is approximately 2, 063 by our records. They are scattered everywhere. Some of them left to stay with their relatives in other parts of the state; some outside the state. Some are still squatting within. But it has not been easy.

“Many of the victims lost their Permanent Voters’ cards. They will likely be disenfranchised ahead of the 2023 general elections because a majority of them are no more staying in Ojjor because of the flood. The truth is that they are living in penury. You can’t be telling a hungry man to get his PVC when all his sources of livelihood are gone.

“The flood victims who are eligible to vote are about 2, 015 persons. They no longer have their PVCs. So they won’t be able to vote in the 2023 general elections if INEC does not find a way to re-issue those lost PVCs to them. And it is very terrible if they are not allowed to vote as a result of this ecological disaster.

“Our appeal is for special consideration. I suggest we be allowed to vote without permanent voters’ cards so far our data is on the base of INEC. It is not the fault of ours. Most buildings in our community were flooded.”

The traditional ruler of the community, His Royal Highness Igwe Umunna Emeka Emmanuel, said the natives are politically conscious, but the flood dealt with them, making some of them develop voter apathy due to frustration. 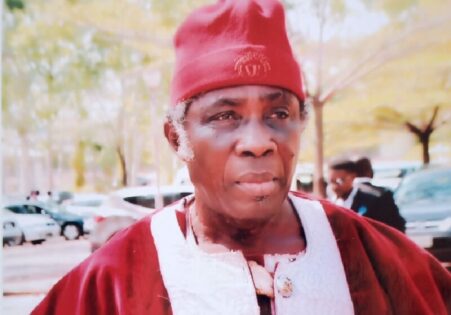 Quoting him, “Nobody in Ojjor has seed rice. The flood came at the peak of farming. We need assistance. We lost everything, inclusive our property. We don’t have a kobo with us to embark on our farming activities. We are mainly agrarian people.

“Our voting strength has diminished. Over 2, 063 persons were affected. A majority of them are eligible to vote. The flood came very sudden. Within five minutes, our whole community was submerged. So essential documents kept in the affected houses were affected. Some lost their credentials, photographs, bank documents and voters’ cards.”

On whether the affected eligible voters had contacted INEC for re-issuance of permanent voters’ cards, he said, “I wouldn’t know if some have gone. This is because of the frustration they currently face. Our people say that a hungry man is an angry man. We do encourage them to go to the Ward Collation Centre to meet INEC officials. The officials should also do well by coming to Ojjor to hear the plights of our people.”

A victim, Felicia Chikwelu, said, “We don’t have anything to eat. Our house was among those flooded. We lost everything. All my savings, voter’s card, clothes, food items that I stocked, such as rice, beans, yam and dried fish were washed away. I hear that INEC will replace our lost voters’ cards. We are waiting. I have not yet seen them. But our major problem is food and seeds to begin farming afresh.” 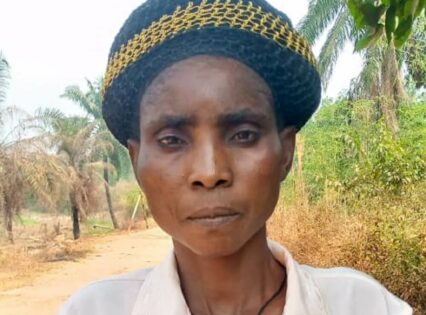 One of the affected farmers, Chukwudi Okonkwo, said, “I am from Iggah, very close to Ojjor. The flood took us by surprise. I lost everything. That is why I am now riding okada. I was feeding fine before then. Nothing was left for me. Many of our farmers have also left the community because they don’t have money to buy seeds again. Some have forgotten about 2023 elections because politicians did not also provide assistance to them. Many of the farmers kept their PVCs at their farm houses.”

Nkechi Okilo, a victim, who currently stays with her aunt at Agu-Abor, Trans-Ekulu, Enugu, said she had forgotten about voting in 2023.

According to her, “As I am here, I have nothing doing. I borrowed to plant rice, and suddenly, everything went that way. How can I return to Ojjor to look for my voter’s card? Which house will I stay? I wanted to vote for the Labour Party, but there is nothing I can do again.”

A law student of the University of Nigeria, Enugu Campus, and native of the community, Mac Anthony, pleaded with government agencies to sensitise the affected natives on the need to vote in the forthcoming elections. He regretted that the flood that ravaged the community created voter apathy on some of the affected eligible voters.

Quoting him, “Before the flood, all the stakeholders in the community ensured that eligible voters obtained their voters’ cards. It was a huge success, and we looked forward to the 2023 general elections. Then the flood came. The impact of the flood affected the psyche of our people.

“They are gradually losing interest. It is suggested that the National Orientation Agency and INEC embark on voter sensitisation to re-enact the voting spirit of our people. Some may not even be willing to collect their PVCs again because of the rigours of getting fresh ones. Many obtained theirs before the subsequent registration.

“I wish INEC could do the needful towards helping those that lost their PVCs to get them back. I am also a victim. Nobody is happy with what is happening in the country today in terms of quality of leadership. We feel that the best way to satisfy our conscience towards making Nigeria better is by voting, not minding if our various choices won the elections or not.”

“They should go to the ward collation centre of the commission at Umulokpa, the council headquarters of Uzo-Uwani local government area of the state. They will be asked questions. Their identities will be documented by the officer-in-charge.

“They need to provide their means of identification, such as drivers’ licences, National Identity Numbers, international passports, among others. They will be attended to properly.

“The flood was in the news nationwide, so the question of their claims will not emanate. The staff there will be in a position to address such matters by collecting the data of the affected persons, and recording them. The officer in charge will identify the persons and fill necessary forms. We then compile and upload the data. The commission will know what to do. Nobody will be disenfranchised. They should make the move.”

Records at the Ward Collation Centre at the council headquarters show that nobody has come to lay complaints about their lost PVCs or temporary voters’ cards.

One of the officials, who pleaded anonymity, said, “We are here every working day. They are yet to come. But I assure you that when they come, such matters will be swiftly attended to.”

An INEC official at the state office told our correspondent that, “Many victims of such may not even know that they should notify INEC for action. You won’t expect INEC to be looking for them. They should write us as a community for immediate attention. Otherwise, we won’t even know that such matters are there. And it won’t be proper for our democracy.”

INEC officials were seen with some of the PVCs at the four wards of the community for collection. The number of those collecting is however small as it concerns only those that registered in the last exercise.

This report was published with the support of Civic Media Lab.

How Kano govt is addressing security challenges across schools