NEITI strategies to ensure recovery of N69bn statutory revenue, others 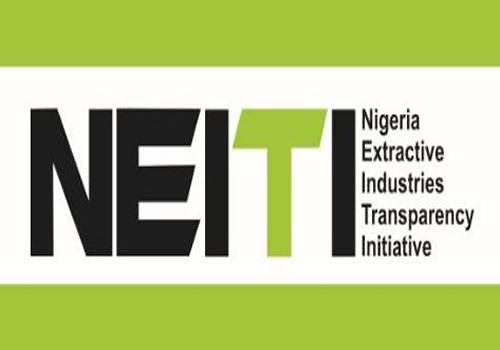 The Nigeria Extractive Industries Transparency Initiative (NEITI) says it is strategising to ensure that N69.5 billion and 5.31 billion dollars statutory revenue yet to be paid to government coffers are fully recovered.

Dr Orji Ogbonnaya Orji, the new Executive Secretary, disclosed this at a maiden news conference in Abuja, on Tuesday.

He said that the amount was revealed on its 2018 audit report and that the agency would focus on remedial issues disclosed in most of its audit reports.

“The Current NEITI Management under my leadership is already evolving policies and strategies that would ensure that the recommendations in our reports are followed through.

“And Statutory recoverable revenues due to government which is put at N69.51 billion and 5.31billion dollars as revealed by the 2018 audit reports are recovered into government coffers.

He said that NEITI was no longer comfortable by just releasing reports adding that its emphasis would be on recoverable revenues due to government.

Orji noted that NEITI would also ensure that companies were treated fairly and given the opportunity to grow.

“NEITI will unveil a framework that will involve stakeholders in this process. Joint committee between NEITI and respective covered entities will be established to look at the issues as they affect individual agencies.

“The joint Committees will be similar to the one established between NEITI and the Nigerian National Petroleum Corporation (NNPC) and is without prejudice to the revitalisation of the inter ministerial Task Team on remediation as a multi-sectoral approach,’’ he added

According to him, the approach will create opportunity for NEITI to appreciate their locations, peculiar nature of their operations and workflow.

Orji noted that NEITI would also focus on the Mining sector giving the global conversation on energy transition.

“Since the inception of NEITI Audit of solid minerals sector, there has been a steady increase in revenue accruable to the federation account from the sector.

“(It is) a mere 0.18 per cent contribution of the sector to the GDP; shows that a lot more needs to happen in Nigeria’s mining sector.

“We will therefore conduct fresh scoping studies on Mining paying particular attention to investment opportunities in the sector,’’ he said

He assured that NEITI would take the lead in assisting the government to have a fallback position as renewable energy and its attendant consequences got underway.

He further assured that NEITI would continue to be fully committed and responsible to the principles and standards of the global Extractive Industries Transparency Initiatives (EITI) in the implementation of the 2019 EITI standards and the emerging issues.

“Let me assure the EITI community of a stronger NEITI built on our core values of Legitimacy, Integrity, Partnership, Courage, Openness and Team Work.

“We will also remain committed to the full implementation of the emerging issues in the areas of contract transparency, Beneficial ownership, Mainstreaming, Commodity trading, environment and Gender,’’ he said.

He also, solicited the support of the Media and Civil Society Group as their role remained central to the EITI process. (NAN)