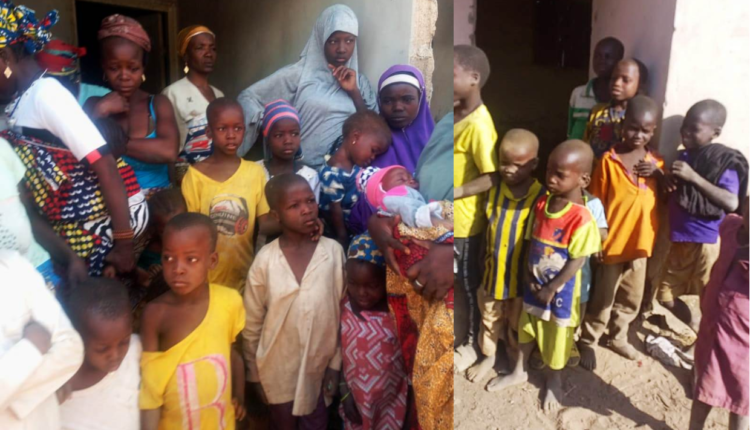 When bandits raided their community in February 2022, the family of 9-year-old Nusaiba, a pupil at the Ado Bobi Primary School in Bobi, a community in the Mariga Local Government Area of Niger State, fled to Kontagora.

Their new temporary home, Kontagora, is a suburban town 59 kilometers from Bobi. More than eight months later, Nusaiba and many other refugee children are unable to continue schooling thanks to their displacement and the State’s lack of funding for education in emergencies.

“The experience was awful. They took numerous women hostage,” the mother of Nusaiba, Amina Mahmud said. “We are fortunate to have managed to escape.”

“These refugees have relied on the generosity of others to survive ever since they arrived in our community. They don’t have any special camps,” said Mallam Muhammed Sani, the head of the Birnin Kwangwara community in Kontagora. “We just try our best to provide food, water, and clothing for them at the many unfinished buildings where they temporarily dwell.” 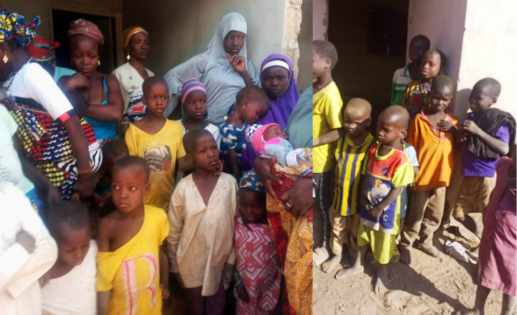 The motorcycle-riding bandits abducted people, including women and the District Head, as they moved from house to house in Bobi. Two days before their invasion in Bobi, four people were reportedly killed and numerous others were kidnapped in a raid that happened in neighbouring Kasuwan-Garba. Unfortunately, these attacks not only result in fatalities and kidnappings but also put children’s access to a safe learning environment and their chances of receiving basic education at risk.

Halima Tanko, another refugee from Bangi whose family now resides in Kontagora, maintains that her family is more concerned about feeding their 7 children than with sending them to school.

“Not that we don’t want our children to go to school. After all, public schools are pretty much free. However, we are still getting settled in and are unsure of how long we will be remaining here,” Tanko explained.

A lot of girls are left behind

Girls are forced to skip school because of conflict as well. The abduction of the Chibok girls from their school in Borno State, northern Nigeria garnered international attention, but it is only one of many attacks that terrorists have launched against schools, kidnapping students and killing teachers.

The 257 thousand girls in Niger State who are not currently enrolled in primary school are made more vulnerable by these conflicts to exploitation, abuse, and violence. In the event of a conflict, these children’s educational needs are often put last, coming after necessities like food, water, shelter, and safety. Parents are, therefore, discouraged from enrolling their children in school, especially girls, because of the insecure learning environment.

Girls who are refugees, like Nusaiba, have a five-fold higher likelihood of not attending school than other children across the world. They are among the approximately 75 million school-age children around the world who are already not receiving an education, are receiving poor education, or are in danger of quitting school completely. 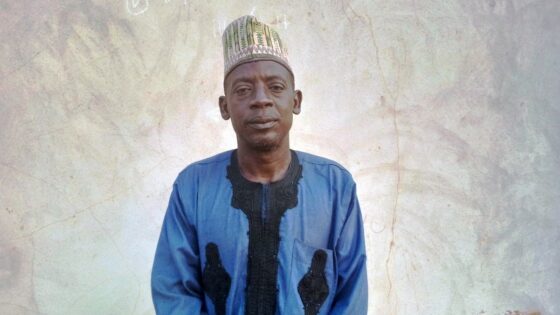 “But I don’t think these parents are in the right state of mind to prioritize the education of their children, especially the girls,” Sani says.

The state of basic education in Niger State

Although enrollment rates in basic education and access to education in Nigeria have increased significantly over the past few decades, high dropout rates and low levels of learning are still issues in some States. It is still a challenge to keep children enrolled until they graduate, and dropout rates are still high, according to data from the Universal Basic Education Commission (UBEC), which reveals that 13.19% of primary school entrants do not complete basic education.

Of course, the problem of out-of-school children, especially in the north-central region, existed long before insecurity. For instance, as of January 2022, there were approximately 743 thousand children out of school in Niger State.

The third phase of UNICEF’s Girls’ Education Project (GEP3), which started in 2012, also attributed the decline in school enrollment in Kontagora, Mariga, Mashegu, Munya, Rafi, and Shiroro Local Government Areas (LGAs) to the prevailing activities of armed bandits and insurgents. Insecurity has forced some of these LGAs to close their primary and secondary schools for months.

Abubakar Sani Bello, the Governor of Niger State, however, blames the alarming incidence of out-of-school children to insecurity and the state’s vast 76,363 km2 landmass, which is the largest in Nigeria.

At the recent launch of the North-Central campaign against out-of-school children, the Governor admitted that, given the current security situation, no parent will let their children—especially girls—attend school because 10- to 11-year-old girls are being raped.

Interestingly, the State receives financial and technical support from the Global Partnership for Education (GPE), United Nations Children’s Fund (UNICEF), and other donor partners towards improvement of the state’s education sector.

The schools that admit refugee children

Children from refugee families enrich their host communities and contribute their skills and cultural knowledge to the classroom. No thanks to the banditry and insurgency that plague many communities in Niger State, some headmasters and teachers of public primary schools in Kontagora hold this conviction and have been working diligently to establish secure learning environments for refugee children.

In all three schools, the refugee students do not pay PTA dues or buy educational supplies like textbooks and classroom aid kits, in contrast to other students who only receive a break from paying school fees.

Sadly, due to a significant lack of infrastructure, many of these children sit on the bare floor to learn like their peers. 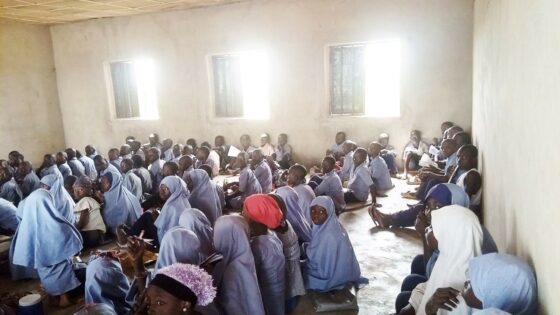 Mariam Adamu, a community health worker, adds that another concerning issue is that no one discusses how refugee students entering new schools in their host towns may suffer trauma and have troubling recollections of leaving home.

“They will probably find themselves in classes with no one they know and little desire to learn. I firmly believe that refugee children should receive psychological support from the Ministry of Health or the Ministry of Education. Teachers should also offer these kids a place of opportunity and stability,” according to Adamu.

Despite several bandit raids and armed conflicts in Niger State over the past 8 years, there haven’t been sustainable strategies to improve education funding in the most volatile communities.

A critical review of the 2022 budget showed that:

Advocates for basic education have argued that Niger State, like many other Nigerian States plagued by armed conflict, must address some deficiencies in education. With the 2023 elections approaching, they have asked political aspirants to develop an educational plan that meets the 26% suggested education threshold by the United Nations Educational, Scientific, and Cultural Organization (UNESCO).

Reassessing UNESCO’s educational approach, according to John Amedu, a Kontagora-based advocate for girls’ education, will increase enrollment at the primary school level, particularly in Northern States impacted by armed conflict.

“A child who misses a lot of school is unlikely to go back, endangering the remainder of their education. If this is not urgently addressed in politicians’ manifestos, the consequences will continue to be intergenerational poverty, unemployment, gender inequality, increasing illiteracy rates, and a weakened economy,” Amedu fears.

The Team Lead of Youths in Justice Health and Sustainable Social Inclusion (YIJHSSI), Shedrack Muazu, concurs that getting children back in school following or during a crisis can stop them from getting involved in child labour, child marriage, exploitation, or being recruited by terrorists.

“As a community-based organization (CBO), we carry out advocacy and community engagement activities to encourage political commitment to education in times of crisis. However, I think CBOs can do more than merely plan the distribution of supplies during emergencies to help government authorities better meet the educational needs of children,” Muazu says.

Niger State’s Commissioner for Education, Hajiya Hannatu Salihu, however believes that sustained media campaigns and sensitizations would help in bringing back out-of-school children to continue from where they stopped. She said this during the presentation of identified out-of-school children for the state’s 2022 back-to-school campaign in September 2022.

Sahilu asserts that the implementation of GPE and UNICEF initiatives, which support the back-to-school campaign in its second phase, is having a significant impact on the decline in the number of out-of-school children, especially in rural communities of the Lapai and Kontagora councils.

The real question remains: Given that 7 out of Niger State’s 25 Local Government Areas are under frequent bandit attacks, how committed is the government to providing inclusive and equitable basic education for refugee children?

This report was produced with support from YouthHubAfrica, Malala Fund, and Rise Up under the Basic Education Media Fellowship.